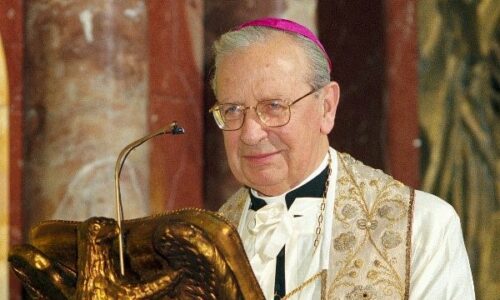 In 1975 Álvaro del Portillo was elected successor of Josemaría Escrivá to the leadership of Opus Dei. The pastoral government that he carried out for nineteen years was characterized by fidelity to the spirit of the founder and his message

Son of Clementina Diez de Sollano (Mexican) and Ramón del Portillo y Pardo (Spanish), Álvaro del Portillo was born in Madrid on 11 March 1914. He was the third of eight brothers.

After graduating from the Nuestra Señora del Pilar school in Madrid, he enrolled in the School of Civil Engineering, which ended in 1941 and worked in various public bodies. He also studied Literature and Philosophy (historical address), graduating in 1944 with the thesis “Discoveries and explorations on the coasts of California”. In 1935 he entered Opus Dei, an institution of the Catholic Church that was founded seven years earlier by St. Josemaría Escrivá. He received the formation and spirit of this new journey of faith directly from the founder. He developed a broad work of evangelization among his fellow students and work colleagues and, from 1939, he carried out an intense apostolate in various Spanish cities.

On 25 June 1944 he was ordained priest by the Bishop of Madrid, Leopoldo Eijo y Garay, together with José María Hernández Garnica and José Luis Múzquiz: they were the first three priests of Opus Dei, after the founder.

THE WORK NEXT TO SAN JOSEMARÍA

In 1946 he moved to Rome, a few months before St. Josemaría established his residence there. The Opus Dei received the first juridical approvals of the Holy See at that time. For Álvaro del Portillo, a decisive era began, in which, among other things, he developed, with his intellectual activity alongside St. Josemaría and his work at the Holy See, a profound reflection on the role and responsibility of the lay faithful in the mission of the Church, through professional work and social and family relationships. “In a hospital…the Church is not only present with the chaplain, but also acts through those faithful who, as doctors or nurses, strive to provide a good professional service and a delicate one human attention to patients; in a neighborhood, the church will always be an indispensable point of reference, but the only way to reach those who do not attend it will be through other families ”.

Between 1947 and 1950 he contributed to the apostolic expansion of Opus Dei in Rome, Milan, Naples, Palermo and other Italian cities. He promoted Christian formation activities, offering his priestly services to numerous people. In the wake that his work has left in Italy today speak of the various streets and squares that have been dedicated to him in various cities and countries. On June 29, 1948, the founder of Opus Dei set up the Roman College of the Holy Cross in Rome, an international training center. Don Álvaro was its first rector until 1954. In 1949 he obtained a doctorate in Canon Law at the Pontifical University of St. Thomas (Angelicum).

During his Roman years, the Popes, from Pius XII to John Paul II, called him to carry out numerous tasks, as a member or consultant of 13 organisms of the Holy See. 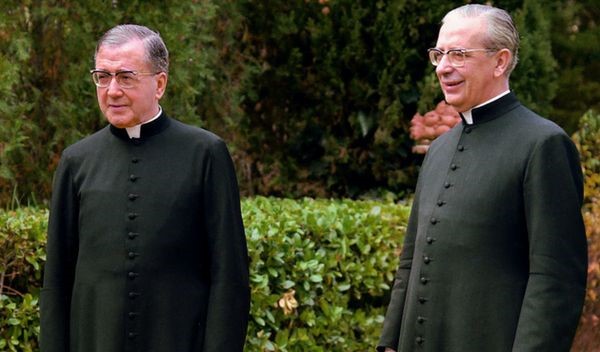 He actively participated in the Second Vatican Council. John XXIII appointed him consultor to the Sacred Congregation of the Council (1959-1966). In the preparatory stages of the Council he was president of the Commission for the Laity. During the Council (1962-1965) he was secretary of the Commission on the Discipline of the clergy and the Christian people. At the end of the Council, Paul VI appointed him consultor to the post-conciliar Commission on Bishops and the government of the dioceses (1966). He was also, for many years, consultor of the Congregation for the Doctrine of the Faith, of the Congregation of the Clergy, of the Congregation for the Causes of Saints and of the Pontifical Council for Social Communications. The life of Álvaro del Portillo is closely linked to that of the founder. He remained always at his side until his death, which took place on June 26, 1975, collaborating with St. Josemaría in evangelization initiatives and pastoral governance. He accompanied him on his many trips to the countries of Europe and America to prepare and guide the various apostolates of Opus Dei. “In observing his amiable and discreet presence alongside the dynamic figure of Bishop Escrivá, I was reminded of the humility of Saint Joseph” an Irish Augustinian, Father John O ‘Connor, will write to his death.

On 15 September 1975, in the general congress convened after the death of the founder, Don Alvaro del Portillo was elected to succeed him as head of Opus Dei. On November 28, 1982, when Saint John Paul II erected Opus Dei in a personal prelature, he appointed him Prelate of the new prelature. Eight years later, on 7 December 1990, he appointed him bishop, and on 6 January 1991 he conferred on him the episcopal ordination in the basilica of St. Peter. During the years in which he was head of Opus Dei, Álvaro del Portillo promoted the start of the Prelature’s activity in 20 new countries. In his pastoral journeys, which took him to all five continents, he preached to thousands of people about love for God, the Virgin, the Church and the Pope, and conveyed with conviction the Christian message of Saint Josemaría on holiness in ordinary life . 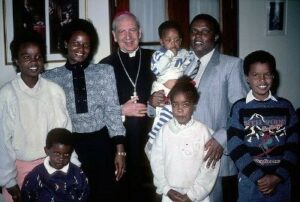 As Prelate of Opus Dei, Álvaro del Portillo gave impetus to the birth of numerous social and educational initiatives. The Center Hospitalier Monkole (Kinshasa, Congo), the Center for Industrial Technology and Enterprise (CITE, in Cebú, Philippines) or the Niger Foundation (Enugu, Nigeria) are some examples of institutions of social promotion carried out by the faithful of Opus Dei , together with other people, thanks to the direct encouragement of Msgr. del Portillo.

Álvaro del Portillo is the author of publications on theological, canon law and pastoral topics: Faithful and Lay People in the Church (1969), Writings on the Priesthood (1970) and numerous other texts, then collected posthumously in the volume Making the truth lovable. Collection of writings by Mons. Álvaro del Portillo, published in 1995 by the Libreria Editrice Vaticana. In 1992 the book Interview on the Founder of Opus Dei was published, the result of an interview with the Italian journalist Cesare Cavalleri on the figure of Saint Josemaría Escrivá, which was translated into various languages.

Mons. Álvaro del Portillo died in Rome at dawn on March 23, 1994, a few hours after his return from a pilgrimage to the Holy Land. The day before he had celebrated his last Mass in the church of the Convent of St. Francis at Coenaculum in Jerusalem. The same day of his death John Paul II went to pray in front of his mortal remains, which now rest in the crypt of the prelatic church of Santa Maria della Pace.

Since his death, many people have begun to ask for his intercession to obtain favors from heaven and thousands of people have testified about his love for the Church – which manifested itself in his profound communion with the Pope and the bishops -, his charity with all and his indefatigable solicitude towards his daughters and his sons in Opus Dei, his goodness, the warmth of his smile, his humility and simplicity, his oblivion of self, fortitude, serenity, inner peace that his word communicated, his supernatural audacity and his prudence.

In 2004, ten years after his death, the process for his beatification and canonization was opened in Rome. On 28 June 2012, Msgr. Álvaro del Portillo was declared venerable and on 27 September 2014 he was beatified in Madrid, at a Mass presided by Cardinal Angelo Amato, which was attended by more than 200,000 people from all over the world. Pope Francis made his presence known during the ceremony with a letter in which he made this portrait of the new blessed: “His love for the Church, spouse of Christ, who served with a heart stripped of worldly interests, alien to discord, was notorious with everyone and always in search of the good in others, of what unites, that builds. Never a lament or a criticism, even in particularly difficult moments; rather, as he had learned from St. Josemaría, he always responded with prayer, forgiveness, understanding, sincere charity “.

The feast of Blessed Álvaro is celebrated on May 12, the anniversary of his first communion.