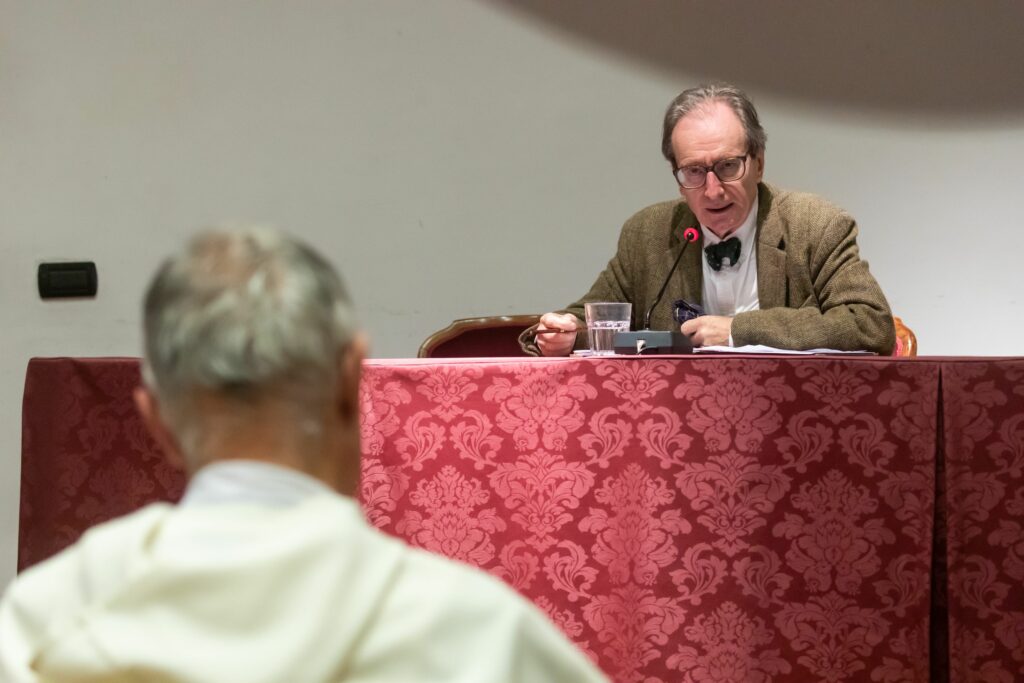 On Thursday, 18 November, another lecture at John Paul II Institute of Culture was held at the Angelicum in Rome. The address titled “Phenomenological Openness of Revelation” was given by Jean-Luc Marion – philosopher, professor at the Sorbonne and the University of Chicago, and Ratzinger prize laureate (dubbed “Nobel prize in theology”). The topic was introduced to the audience (both in the room and in front of computer screens) by fr. Serge-Thomas Bonino OP, dean of the Faculty of Philosophy at the Angelicum. 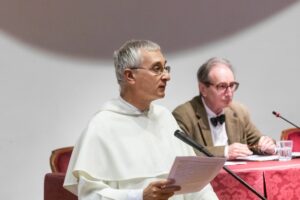 Professor Marion started the lecture with a consideration of the popular distinction between the questions of revelation and of faith. He recalled that by virtue of this separation, theology could aspire to the status of a science, forming rational statements, and even to a hegemony over all other sciences. However, that gave rise to a set of philosophical and theological problems, and resolving them led to a reinterpretation of the very notion of the Revelation. That can be attested in the philosophical works of French enlightenment and German idealism.

The role of reason and rationality in relation to religion and theology, and their limits in interpreting the Revelation, was also reflected in the debates between philosophers and theologians. Is reason capable of conceiving the infinite, while it itself remains finite? Is that which uncovers the Revelation bound by rules established by reason and metaphysics? Those were the principal questions, which served as the starting points for further investigations.

Marion recalled the two contradictory approaches to reason and will in the context of faith: the Cartesian, and that formulated by Blaise Pascal; the latter gave love a superior role in searching for truth. It reveals itself to our hearts thanks to the Holy Spirit, and love becomes a condition for gaining knowledge about that which cannot be conceived by reason.

The consequences of this paradigm reversal led Marion to bringing the next key notion of the lecture – “attraction”. In the Gospel according to John, Jesus says: “No one can come to me unless the Father who sent me draws him.” (6: 44). The will is therefore a necessary condition of faith – similarly, in the 8 Beatitudes, “those who hunger and thirst” shall be “filled”. Faith is therefore inseparably connected to attraction, desire for pleasure, ennobling – in one word, to love. 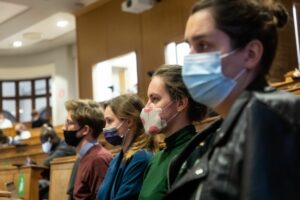 What are the consequences of this line of thought for the theological understanding of the Revelation? In this light, according to Marion, the Father is attracting to the Son, so that the Father is manifest in the Son. It is therefore the Will, not Reason, which receives the first stimulus. Moreover, only the Revelation so conceived enables us to see Jesus as the Son of the Father – as Marion puts it, “the visible sign of the invisible.” Thus, the epistemological consequences are already very clear.

Marion notes a third momentous conclusion, which he regards as even more decisive. Since it is impossible to see that which is uncovered by the Revelation without the rightly-ordered will, and the necessary condition for that is love, then, when we speak about the Revelation, it turns out to be the same as love and attraction. The crucial difference between knowledge obtained by the Revelation and knowledge gained by reason seems to lie in this.

In the following part of the lecture Marion presented the prospects of philosophy based on Aristotelian logic in the face of the phenomenologising of Logos, which is described in the prologue to the Gospel of Saint John. Why is philosophy encountering unavoidable aporiae here? As Marion argues, metaphysics studies phenomenon as an object, while Logos is here shown as a man, whose status is irreducible to an object. Philosophy answers this problem with the phenomenological postulate, which accepts the appearance of the thing in itself, independently of the a priori conditions of experience, in intuition, as an object rather than as a phenomenon.

Taking into account phenomenological definitions, Marion shows, we can easily notice that Christ meets the 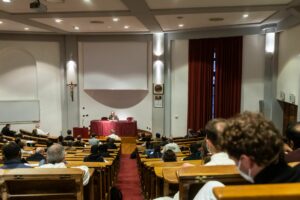 conditions of a saturated phenomenon: precisely because of the abundance of love, which, by is paradoxical nature, imposes a sense of impossibility, leaving the “I” of the witness speechless, lacking words and to express Him and notions to conceive of Him.

Summing up his lecture, prof. Marion sketched the perspectives which are opened by phenomenology, and which can solve the aporiae of philosophy and theology, mentioned in the first part of the lecture.  In what way is the Revelation manifesting itself as necessarily contradicting the a priori conditions of experience? According to Marion, it is phenomenology, and not classical metaphysics, that can help us to settle those doubts.

Please join us for another of the John Paul II lecture series, “Karol Wojtyla’s Aereopagus Meditations” by professor George Weigel, which will take place on 9 December at 16:30 (CET) – see more here.

2021 Fall Issue THE ANGELICUM, Magazine, Poster of Dominican Friars, TO ROME TO THE WORLD