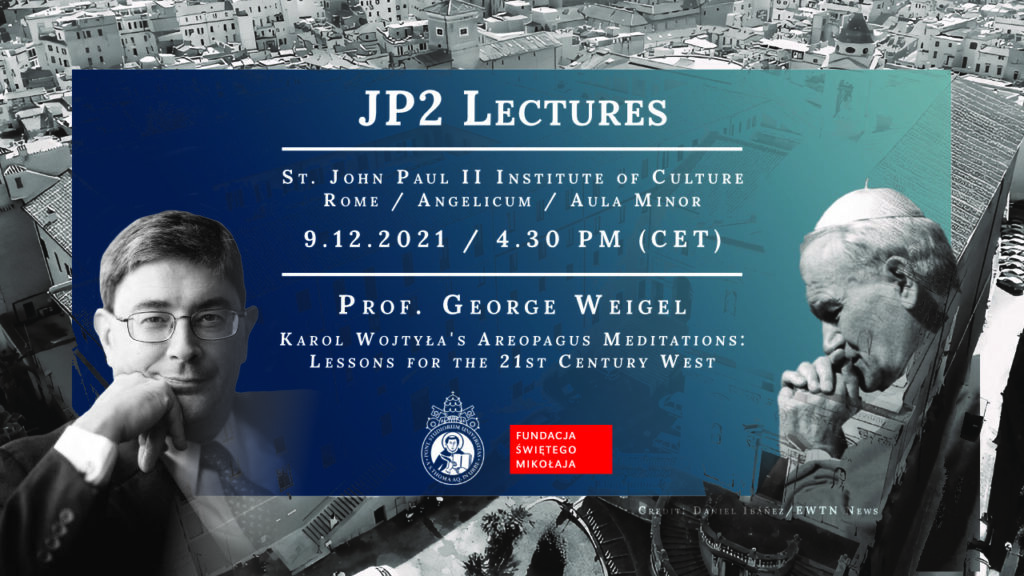 nor a ghettoized Church nor a partisan Church but a public Church: what John Paul II called in Redemptoris Missio a proposing Church – said prof. George Weigel in his lecture of the JP II series,

organized by John Paul II Institute of Culture at the Angelicum in Rome.

Another lecture at John Paul II Institute of Culture was held on Thursday, December 9. George Weigel – John Paul II’s well-known biographer, affiliated with Ethics and Public Policy Center – gave a talk “Karol Wojtyła’s Areopagus Meditations: Lessons for the XXI Century”. The subject was introduced to the audience (both in-person and gathered in front of computer screens) by fr. Cezary Binkiewicz OP, the director of John Paul II Institute of Culture.

As an opening remark, prof. Weigel recalled Henry Kissinger’s words, uttered on April 2, 2005, a few minutes after John Paul II’s death. For Kissinger, the pope was an emblematic figure of the second half of the XX century. He also pointed out Wojtyła’s exceptional ability to understand reality in biblical terms, as well as his predictions about the Western culture, which are proving right today.

The general theme of Weigel’s lecture was John Paul II’s reflections on the passage from the Acts of the Apostles – 17, 16-34, taking place at the Areopagus, a famous meeting place in Athens, which the pope regarded as a sort of metaphor of the Church’s predicament in a post-Christian Europe. As St. Paul was reaching out to the pagans, so the Church of our times should turn herself to the lost and the confused, proclaiming the Gospel to them.

In the main part of the talk, prof. Weigel analyzed eight key questions from John Paul II’s Areopagus mediations. The first concerned the encounter between Jerusalem and Athens and their interactions. The pope noticed the revolutionary character of the linear and teleological conception of history, drawn from the Judeo-Christian tradition. On the other hand, he emphasized the significance of the intellectual tools of philosophy, which again and again helped to purify Christianity from heresy and superstition.

The pope regarded the Areopagus as a metaphor of the Church’s predicament in a post-Christian Europe.

For Weigel, the next important component of Wojtyła’s diagnosis of Western secularism is a natural religious tendency, common for human beings, and a related problem of belief in “false gods”. The encyclical Fides et ratio was recalled in this context, as in that work John Paul II urged philosophy to “regain her audacity and to return to the Great Questions”. He intended, like St. Paul, to direct the innate human religious instinct towards the true God.

The third question concerned the conception of God as the “Existence itself”, as “I am that I am”, contrary to the popular understanding of God as a “super-individual”. Next, prof. Weigel took on the changes that the concept of freedom had undergone. He recalled Wojtyła’s argument opposing a pure license to a mature search for Truth. He also mentioned the inseparable relation of freedom so understood and responsibility, crucial for the author of Memory and identity. As was presented in Centesimus annus, this view should be developed from an individual dimension to the spectrum of an entire society, showing how the right understanding of freedom shapes the functioning of a democratic system.

Another issue from Wojtyła’s Areopagus mediations that Weigel considered crucial was the idea of “Christocentric humanism”, consisting of the teaching on Resurrection and Incarnation that he proclaimed throughout his pontificate. Weigel recalled the words from the pastoral constitution Gaudium et spes: “Only in the mystery of the Incarnate Word does the mystery of man take on light. (…) Christ, the new Adam, by the revelation of the mystery of the Father and His love, fully reveals man to man himself and makes his supreme calling clear.”

In the following part prof. Weigel came to the question of “love that is more powerful than death”, emphasising the inseparable relation between the cross and resurrection. Like St. Paul, John Paul II treated God as the Redeemer, who “conquered all”. Reflecting on the ideal of Christian love, prof. Weigel explained how, in Wojtyła’s theology, it was related to the sacrifice made of oneself, quoting Gaudium et spes again: “Man (…) cannot fully find himself except through a sincere gift of himself”. According to the pope’s later remarks, man who offers himself this way becomes fully himself.

As prof. Weigel was pointing out, the Aeropagus meditations drew from the legacy of the Vatican II Council, which had a significant influence on John Paul II’s approach to evangelization. That became the central point of his pontificate. The goal was to call all members of the Church to be missionary disciples. This vision of evangelization was connected to the reflection on the universal character of the Church. Weigel said: “the XXI century Church, in  John Paul II’s vision, was not supposed to be neither a part of the establishment, nor a biased Church; neither a Church that attempts to base its claim to Truth on state authority nor associated with a specific political party. As was written in Redemptoris missio – Church only proposes, and imposes nothing.”

For the pope, the missionary Church’s task is to “engage in public life first of all through free association in civil society. A missionary, universal Catholicism of the XXI century should present arguments; her task is not to play politics, though the arguments that she develops would emphasize that some laws are more in line with freedom lived in solidarity and for the common good. The universal, missionary Church sketched in John Paul II’s social teaching should be based on a deeper level of social life – on the level of cultural self-consciousness. In other words, the Church should be the guardian and the teacher of truths which enable to live freedom well.”

To conclude his lecture, George Weigel described the post-Christian West as a post-rational arrangement based on utilitarian principles. He also noticed that John Paul II predicted this situation and proposed a vision of the universal Church which, once she purifies herself, should play an important part in “a renewal of beliefs in reason and truth, which were the cornerstones of the cultural edifice of the West.”

According to Weigel, our reflection on John Paul II and his Areopagus inspirations should not stop on the historical and political influence that his pontificate had on the world. We should remember that he was, above all, a radically converted apostle of Christianity and a devoted Christian preacher, who believed that the apostolate and pastoral duties require a careful analysis of the signs of time.

We would like to invite you to the next lecture of the JP II series: “A Christian as a Citizen” by prof. Andrea Riccardi, which will be held on January 21, 2022. 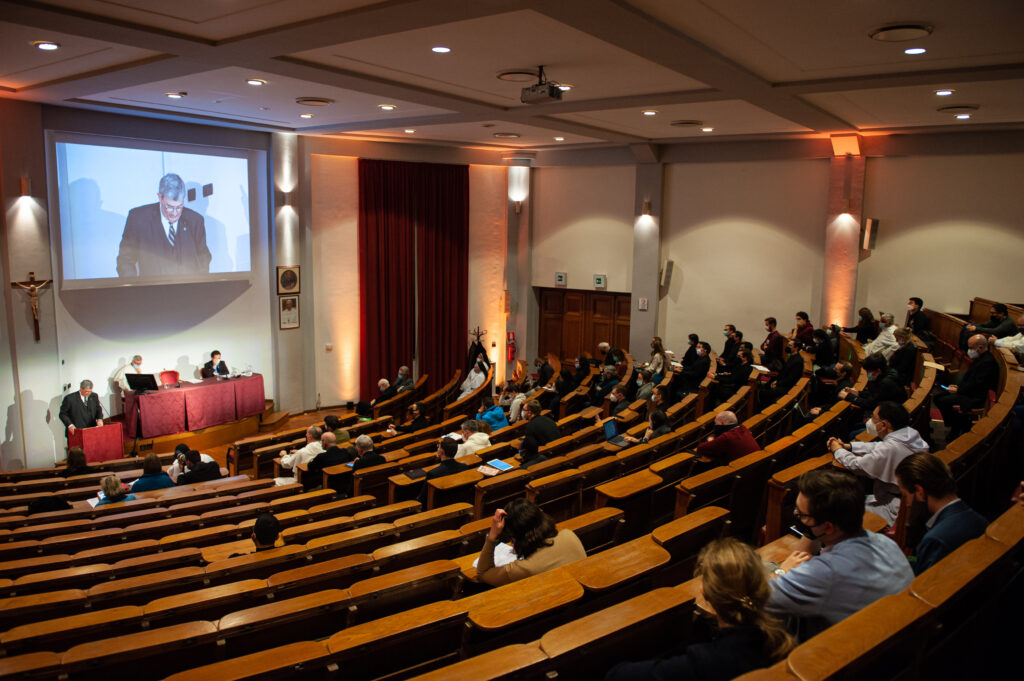 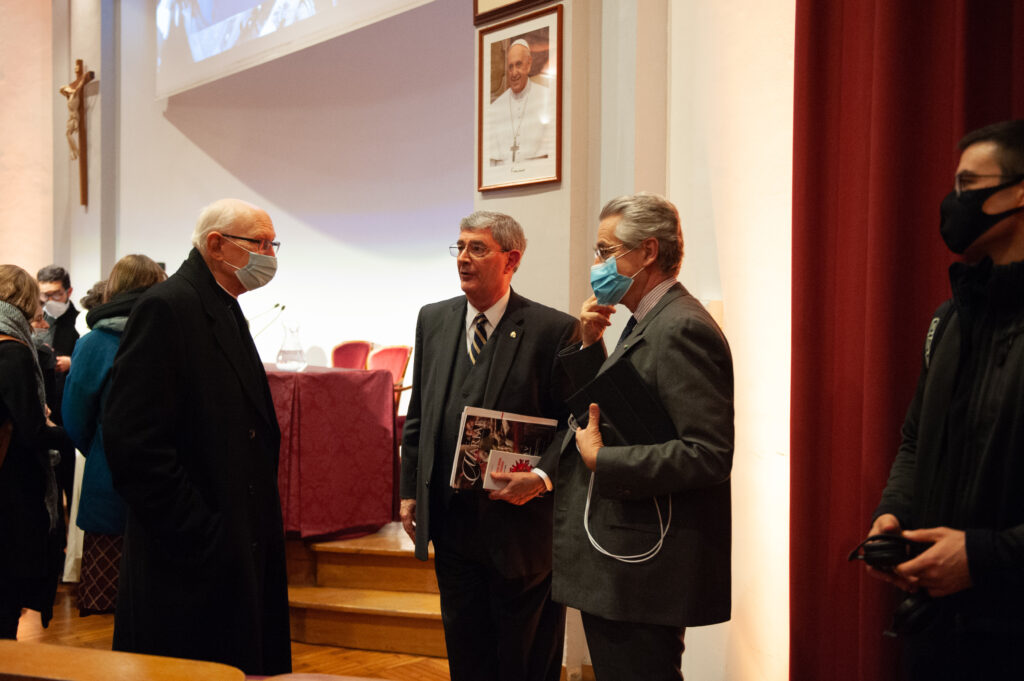