“10th-century Inculturation: the Poet-Preacher of ‘The Dream of the Rood'” Webinar

“10th-century Inculturation: the Poet-Preacher of ‘The Dream of the Rood'” Webinar 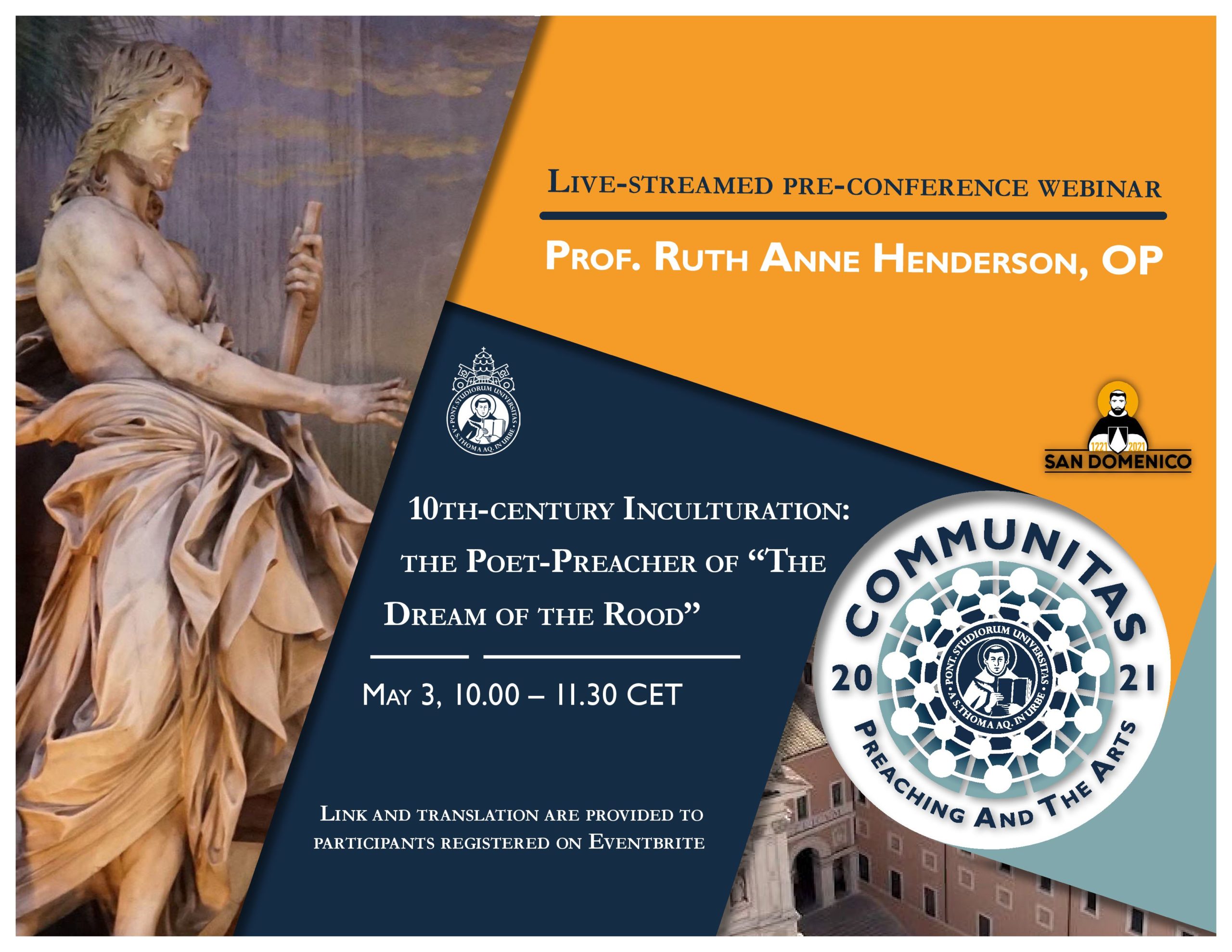 Presented by R. Henderson
Pre-conference webinar for the  Communitas 2021 Interfaculty Conference “Preaching and the Arts” (May 7-8)

For the most part, poetry in the Middle Ages was an oral art, transmitted by word of mouth and hence subject to the imperfections and distortions of memory. Like folk song or indeed popular song today, literature for the Anglo-Saxons lacked the stability of the printed text and tended to the formulaic, if not to the banal.

“The Dream of the Rood”, of which a single manuscript survives, is perhaps the most sophisticated surviving work of poetic composition from the 10th century. Taking inspiration from the runic carvings on the Ruthwell Cross, a free-standing Anglo-Saxon cross dated no later than the 8th century, the poem presents the Crucifixion from the point of view of the Cross itself, drawing on the abundant lexis of the comitatus, the group of warriors serving the leader of a social group, a king or other chieftain, to their mutual benefit. This is a highly original approach to the figure of Christ, seen here in terms of the prevailing culture while fully respecting the theological implications of the Gospels. The manuscript is in the 10th-century Vercelli Book, one of the four major verse collections of the period.

Analysis of the numerous terms used to identify the Christ figure demonstrates the anonymous poet’s skill in avoiding literary cliché and in refining the fairly primitive text on the Ruthwell Cross, emphasising the hypostatic union through his choice of terms that, while they denote Christ’s lordship, also connote the non-secular nature of that lordship. The result is a striking example of inculturation, and of preaching through poetic art.