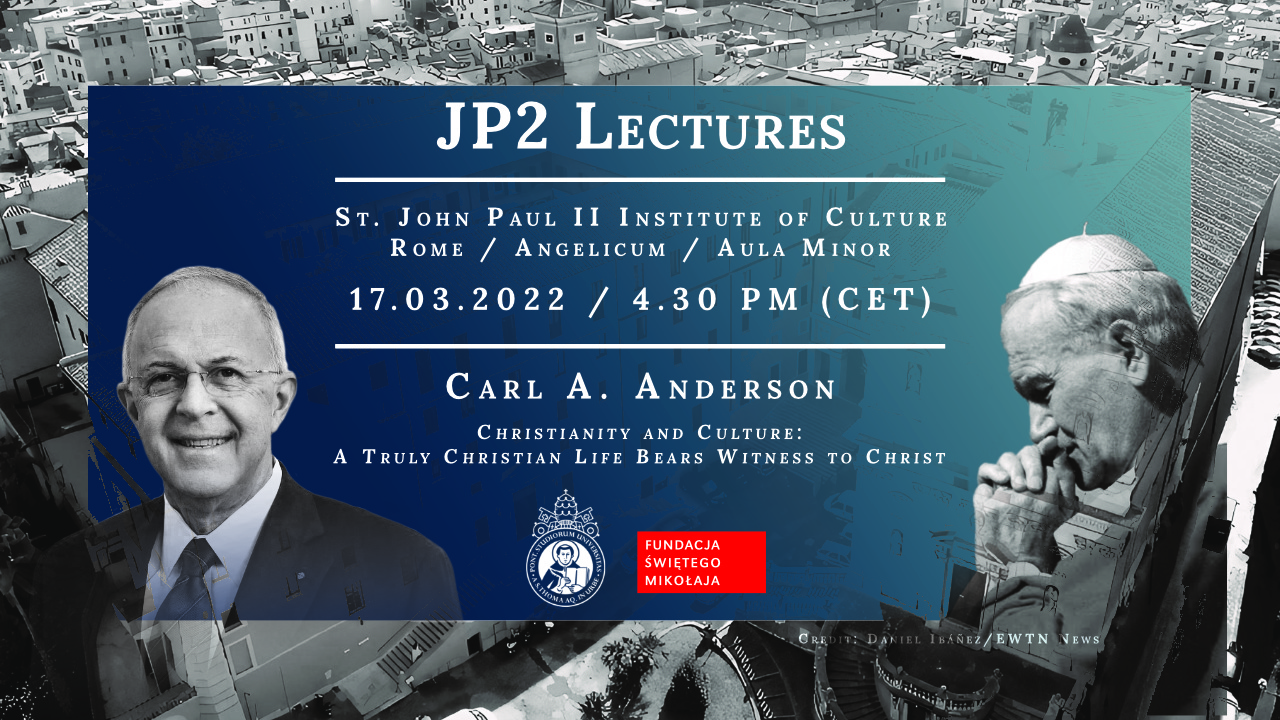 Discussions of the “death of culture” present Christians with new opportunities for evangelization by individuals, families and parish communities that bear witness to Christ in distinctive ways.  The early Christian encounter with pagan culture suggests ways in which this can be done. Christianity’s engagement with secular culture must find ways to awakening a sensibility toward transcendence among people who up to now live as though God does not exist. This can be done by Catholics living a way of life that as Pope Francis says “bears witness to Christ.” In this effort visual arts and music will have important roles. How the religious life of believers is supported by the Catholic culture of their parishes will be central to their witness in a secular culture.

Carl Anderson served as supreme knight of the Knights of Columbus from 2000 to 2021 during this time he led the organization to new heights in business, membership, charity, and voluntary service and oversaw the establishment of the St. John Paul II National Shrine in Washington, D.C. He is the executive producer of numerous documentary films including one on Pope Francis and three on Pope John Paul II. He is the author, co-author, or co-editor of seven books. He was the founding dean and current vice president of the Pontifical John Paul II Institute at The Catholic University of America in Washington, D.C.