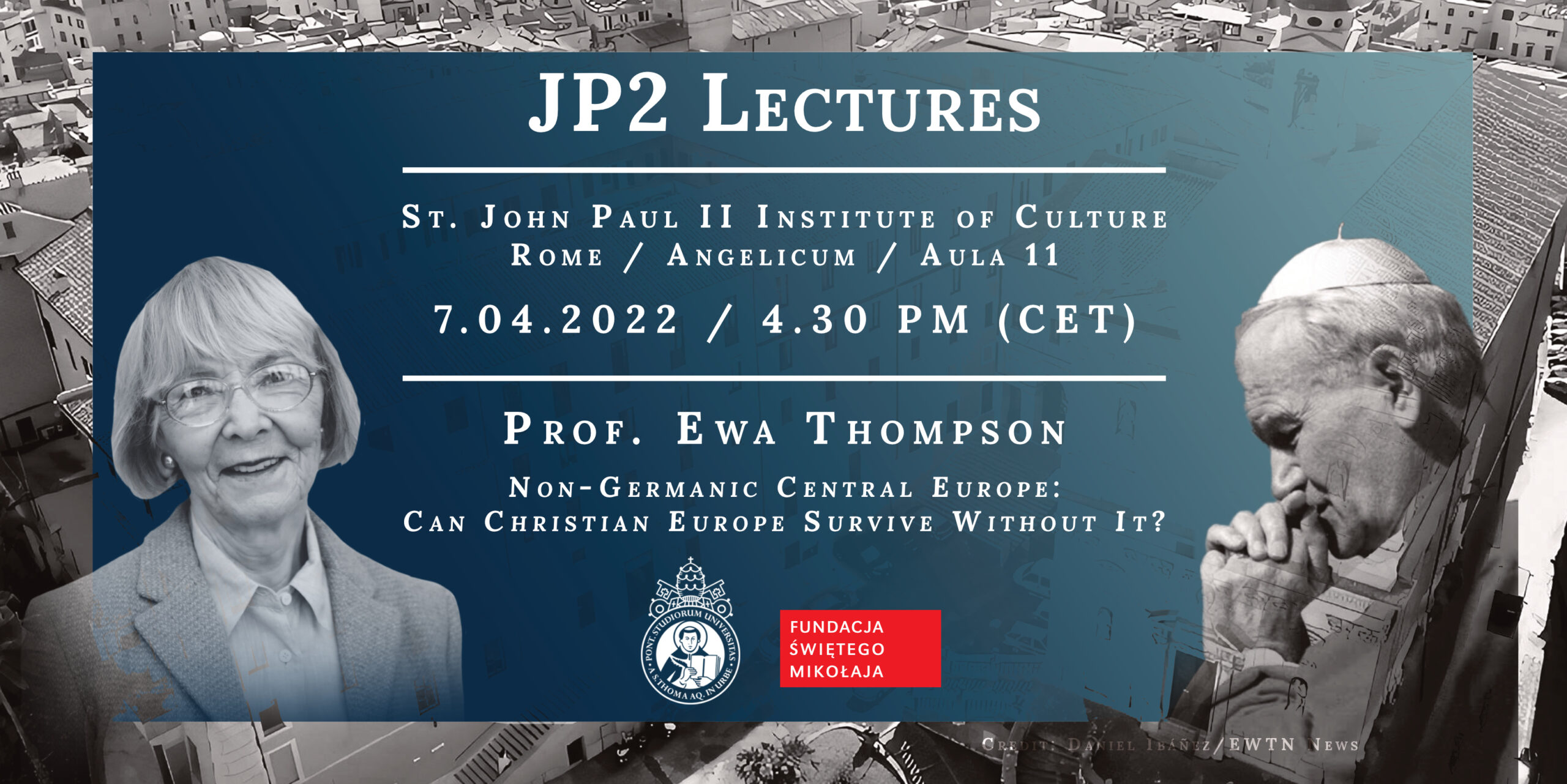 The lecture will begin with an explanation of why the speaker uses the expression “non-Germanic Central Europe” instead of “Eastern Europe.” In her lecture Professor Thompson will state that this last expression gained popularity because it covered “the sins of empires.” She will analyze three events in European history that seem to support this thesis: the debates at the Council of Konstanz concerning attitudes toward peaceful pagans; the battle of Vienna which saved the Austrian empire from being overrun by the Ottomans; and the Polish-Soviet war that directly followed World War 1. She will state that non-Germanic Central Europeans seem to have been excised by philosophers and historians of various empires from the assembly of active agents in Europe and reduced to an inchoate crowd of followers of uncertain provenance. As a result, the history of Europe has been severely distorted and Christianity in Europe has been weakened. The lecturer will then compare the levels of de-Christianization in the Western world with those in non-Germanic Central Europe, and conclude that the second has preserved much of what is lacking in the first. The lecture will conclude with an appeal to learn from the experience and knowledge of non-Germanic Central Europe, to intensify the translations of texts and popularize the learning of non-Germanic Central European languages.

Professor Ewa Thompson – born 1937 in Kowno (now Lithuania). Research Professor of Slavic Studies at Rice University, Houston, USA. Winner of the Literary Award of the Union of Polish Writers Abroad for popularizing Polish culture and literature in the world (2015). Her books and articles are translated into Polish, Ukrainian, Belarusian, Russian, Italian, Croatian, Czech, Hungarian and Chinese. Among others she authored books titled: “Imperial Knowledge. Russian Literature and Colonialism” (2000) and “Understanding Russia. Holy Fool in Russian Culture” (1987).