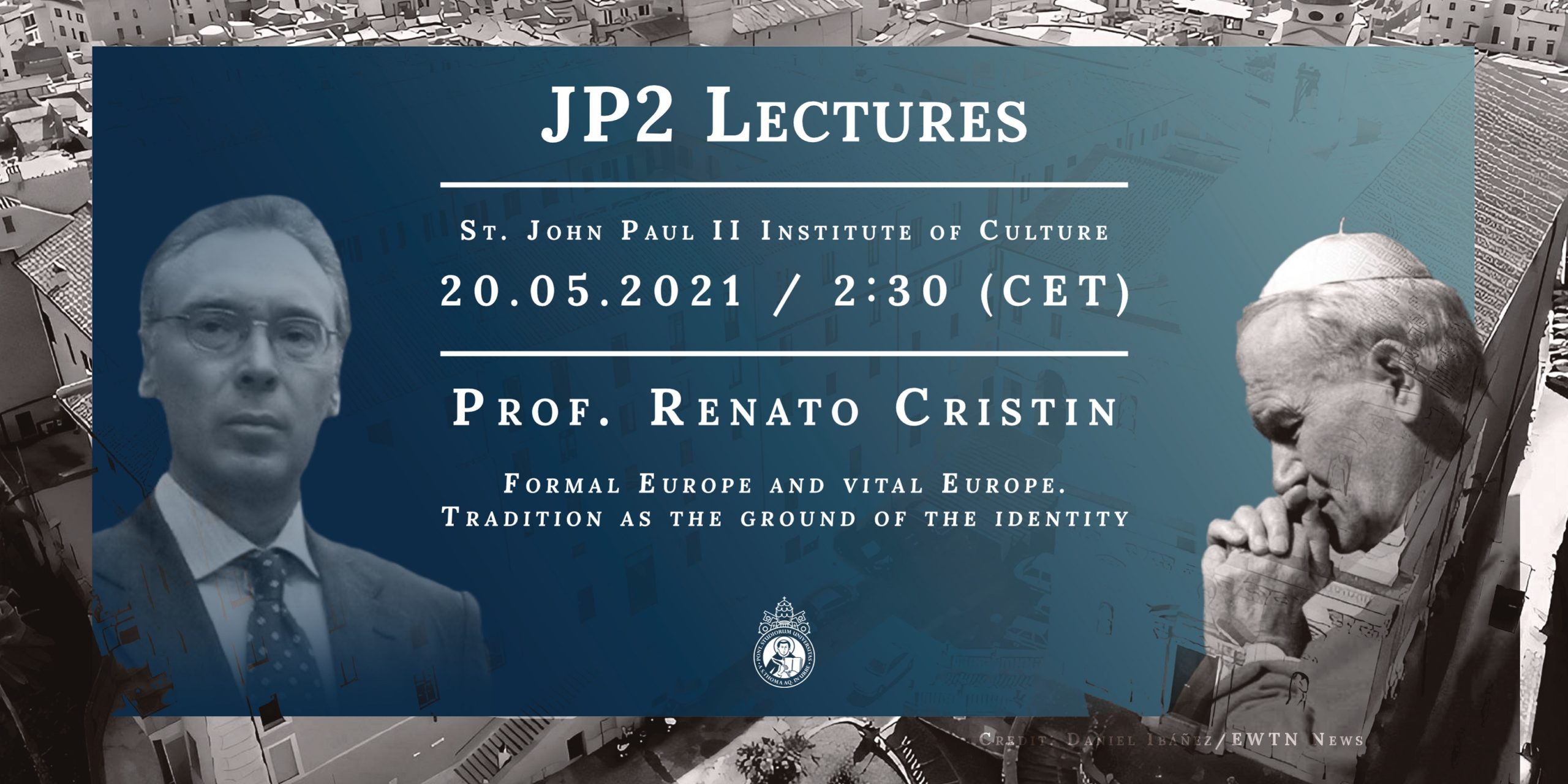 JP2 Conferenza: Prof. Renato Cristin (Università di Trieste) – Formal Europe and vital Europe: Tradition as the ground of identity-The lecture will be given in Italian with English subtitles

A look at today’s Europe shows us a disturbing gap between an institutional structure, increasingly stronger and more isolated, and the set of peoples who, despite the many differences, have formed Europe and its civilization throughout history. Between these two poles are the nations, which should not only act as a buffer of tensions but also protect their respective peoples and, consequently, the peoples of Europe in their variety and their union. There is a dichotomy between a formal, purely institutional Europe and a vital Europe that directly expresses the history and existence of peoples.
And since peoples are made up of citizens, and since citizens today are people aware of their political rights, institutional Europe must initiate a great process of self-criticism and be in direct and close connection with citizens and their nations. It is necessary to recover a new European thought that on the one hand rejects the rhetoric of Europeanism with which the Euroburocracy tries to deceive the peoples, and on the other hand recovers the nations as individual homelands belonging to the wider European homeland, enhancing its spirit without falling into nationalism.
Only in this way can the sense of European belonging be resurrected in the conscience of citizens, and only in this way can the identity of Europe be preserved and strengthened as a union of the identity of the European peoples.