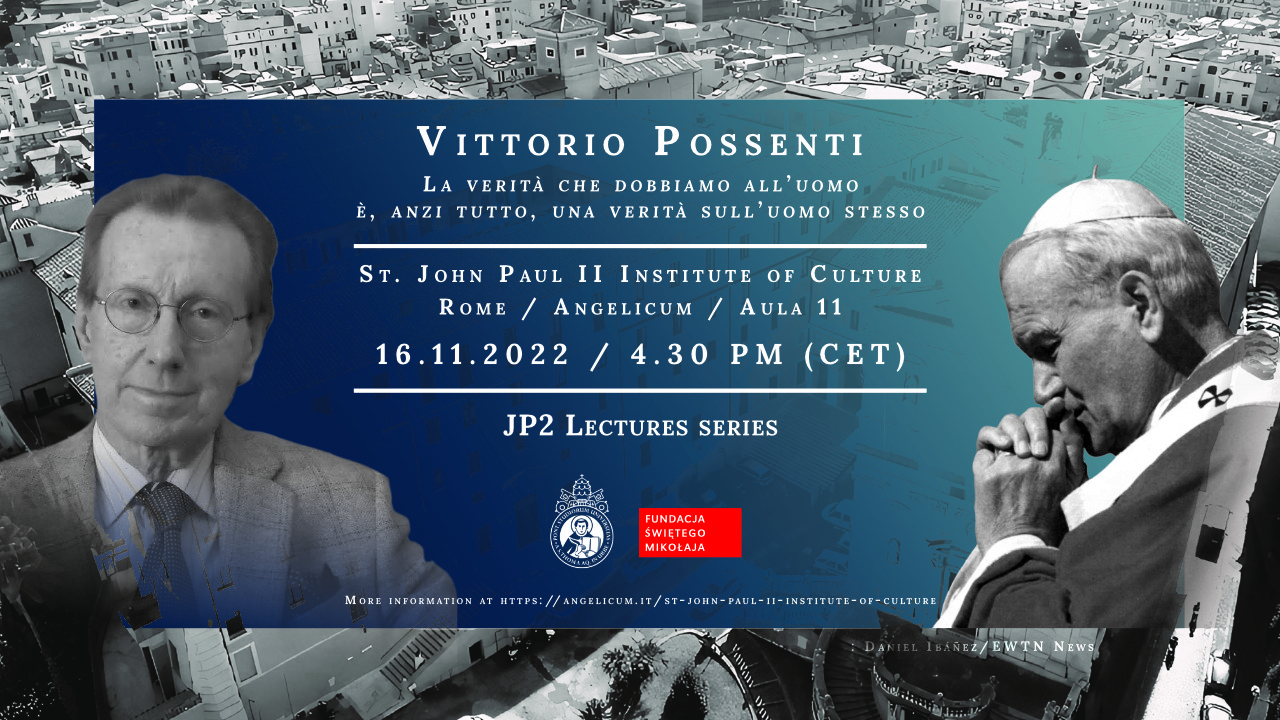 The research on man and the person gives unity to the work of K. Wojtyła / Saint John Paul II. The concept of person is thus confronted with new problems: human rights, bioethical and genetic issues, the meaning of work, marriage and family.

The task that Wojtyła took on as a philosopher and pontiff was to carry out the Christian sense of the humanum, so that it is not possible to deny the divinum in the name of the humanum. Man, who discovers so many mysteries of nature, must in turn be always rediscovered in the light of a fundamental passage of Gaudium et spes: “In reality, only in the mystery of the Incarnate Word does the mystery of man find true light” (n . 22). The truth about man that the Church is called to proclaim finds its source here.

Wojtyła was part of the personalism of the twentieth century, exploring the communio personarum, the person as man and woman, marriage. Meditations that must be resumed in the face of the explosion of the self-centered individual and the slogan of ‘marriage for all’.

On Thursday 17 November, we invite Angelicum students to attend a seminar with Prof. Possenti from 10.30 to 11.30 a.m. in room 14, for a discussion on the lecture.