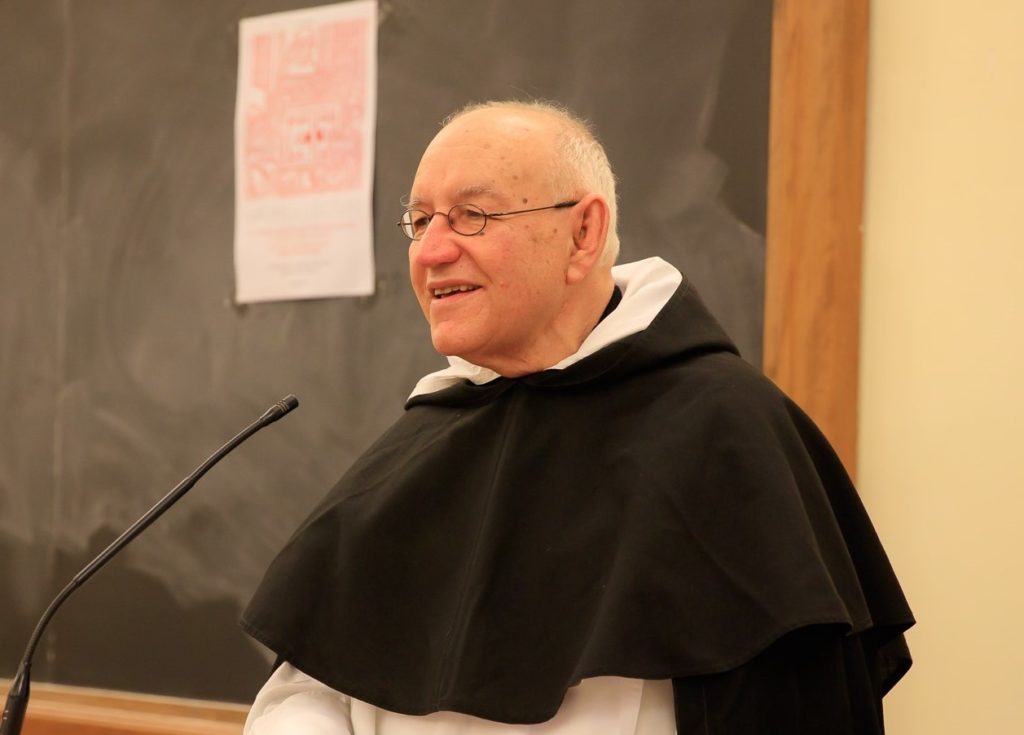 It is with great sorrow that our academic community shares the sad news that Friday, July 3, Father Walter Senner, O.P. returned to the Father’s house.   Fr. Senner was a German priest and religious theologian whose main research interests include the history of the Order, Albertus Magnus, St. Thomas Aquinas, Johannes von Sterngassen and Meister Eckhart.

Fr. Senner grew up in Wiesbaden, where he graduated from the Oraniengymnasium in 1968. In the same year he joined the Dominican Order in Warburg. He studied philosophy, theology and library sciences in Walberberg, Bonn, Cologne and Leuven. On 29 June 1974 he was ordained a priest. In 1989 he received his doctorate in philosophy from the University of Louvain with a thesis on Johannes von Sterngassen’s commentary on the aphorism of Peter Lombard. In 1990 he became a student of the Dominican Province of Northern Germany. From 1998 to 2005 he was a member of the Pontifical Commission Leonina for the edition of the works of Thomas Aquinas. In 2006 he was appointed professor at the Angelicum in Rome, where he remained until 2019, serving as the president of the Thomistic Institute and Professor of Philosophy. He was a member of the Société Internationale pour l’Étude de la Philosophie Médiévale and of the Görres Society. Furthermore, in 2014, the Master of the Order and Grand Chancellor of the Angelicum, Fr. Bruno Cadoré, O.P., conferred upon Fr. Senner the degree of Master of Sacred Theology, the highest academic honor of the Dominican Order. He spent his last years in Germany.

Fr. Senner was beloved by many of his Dominican brothers and students. Everyone at the Angelicum knew him and considered him a great scholar. Despite his great wisdom and knowledge of Philosophy, Fr. Senner was always ready to be humble, while never losing the opportunity to grow and learn something new. In this regard, Fr. Senner left us with a special message for his Dominican brothers, past alumni, and students: a life lesson inspired by St. Thomas Aquinas, “[Saint Thomas] sometimes was attacked in quite unfair ways, but he never lost his objectivity, and he always tried to strengthen the arguments of those who criticized him in order to reach the Truth.”  With his calm and slow-paced tone of voice, which conveys a sense of tranquility and security, Fr. Senner clearly articulated his thoughts, and invited his brothers and students to follow the model of St. Thomas.  Fr. Senner was known for his generosity and great heart. Talking about his experience as a professor, he described the Angelicum as a “wonderful international community,” and remembered the time he spent here as “a great joy and a great challenge.”

The whole Angelicum community is moved by this great loss and are close to his family at this time of sorrow.  Anyone who has had the blessing to know him can testify to how much love he had for our University and for all his students.  We accompany him with the prayer of suffrage; may he rest in peace.