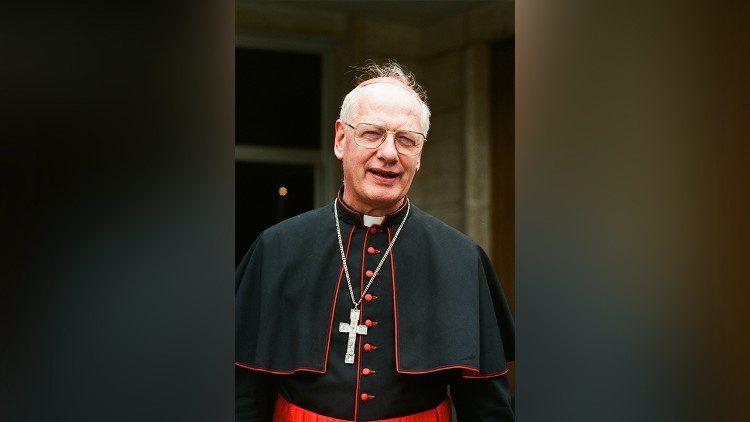 It is with great sadness that the Pontifical University of Saint Thomas Aquinas hears of the passing of Cardinal Adrianus Johannes Simonis, Archbishop emeritus of Utrecht and alumnus of the Angelicum.

Cardinal Simonis was born in South Holland and was ordained a priest for the diocese of Rotterdam in 1957. He came to Rome in 1959, where he studied at the Angelicum, and then earned his Doctorate at the Biblicum.  He was appointed Bishop of Rotterdam in 1970, and Archbishop of Utrecht in 1983.  He was created a Cardinal two years later, and guided the Dutch church in times of increasing secularization in the country.  He resigned from his ministry in 2007.  Cardinal Simonis passed away in South Holland on September 2, 2020, at the age of 88.

May the soul of Cardinal Simonis and all the faithful departed rest in peace.