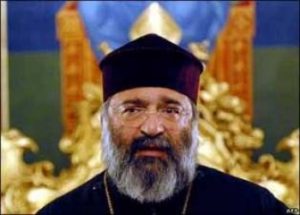 It is with sorrow that the Angelicum has learned of the death after a long illness of His Beatitude Mesrob II, Armenian Apostolic Patriarch of Constantinople. The Pontifical Council for Promoting Christian Unity recalls in friendship the studies of His Beatitude at the Ecumenical Department of the Pontifical University of St Thomas Aquinas in Rome. His ecumenical commitment was expressed in gestures such as his visit to Saint Pope John Paul II in 1999 on the occasion of the opening of the Holy Door at St Peter’s Basilica for the Great Jubilee of 2000, and his meeting with Pope Benedict XVI in Istanbul in 2006. Pope Francis visited His Beatitude in hospital during his apostolic journey to Turkey in 2014. Click here for more information.