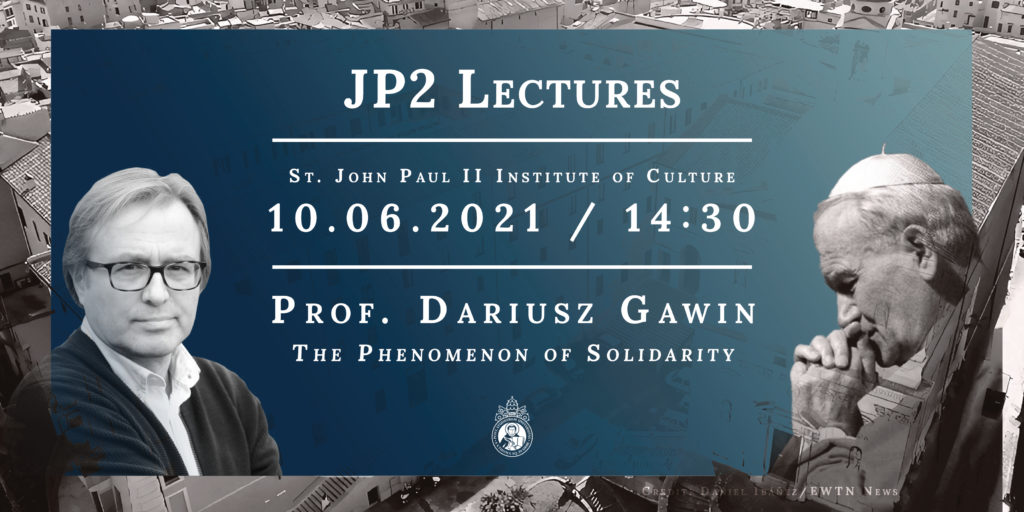 On Thursday, June 10, we invite you to the last lecture in the series “JP2 Lectures” at the Angelicum, which will be given by Prof. Dariusz Gawin. The lecture, entitled “The Phenomenon of Solidarity”, will be devoted to the role of solidarity in society in relation to the experience of the Polish democratic opposition in the People’s Republic of Poland. The broadcast of the lecture will start at 2.30 PM (CET).

Should politics be a way of overseeing economic growth and social processes, or should it also be a life lived within communities concentrated around the idea of freedom? Does freedom spread in the structures of the postmodern world all by itself as a vital function of social life, or does it require constant civic care, defense, or even heroism when it is endangered? Can a society function properly if its members know nothing of the public happiness which flows from common action? One cannot imagine an honest attempt to deal with these questions without first coming to terms with the phenomenon of August and “Solidarity”.

Prof. Dariusz Gawin – born in Warsaw in 1964. Historian of ideas, publicist. Deputy Director of the Warsaw Rising Museum, head of the Starzyński Institute. Head of the Department of Civil Society at the Institute of Philosophy and Sociology of the Polish Academy of Sciences. Author of, among others, the book “Poland: Eternal Romance” for which he received the Andrzej Kijowski Award.