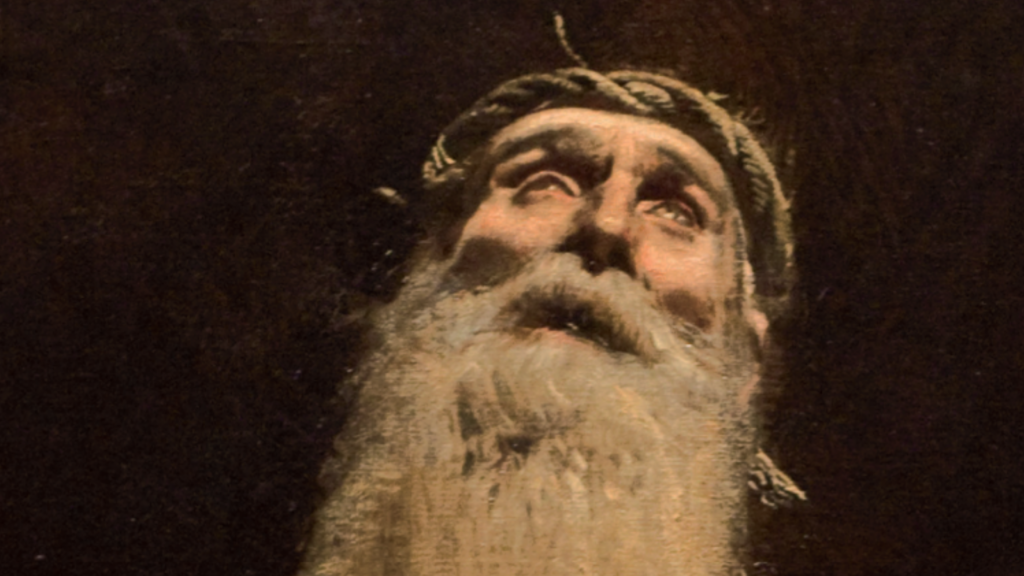 Based on the biblical Book of Job, the twenty-year-old Karol Wojtyła created a moving meditation on human fate, reinterpreting the story of man from the land of Uz in the spirit of Christian hope. During a workshop organised by the St John Paul II Institute of Culture, students from the Pontifical University of St Thomas Aquinas analysed this drama and prepared for its staging under the supervision of Professor Kilian.

The performance, which will take place on the second anniversary of the establishment of the St John Paul II Institute of Culture, will begin at 6.30 p.m. in the church of St Dominic and Sixtus at the Pontifical University of St Thomas Aquinas in Rome. Admission free!

Karol Wojtyła was involved with the theatre for many decades as a critic, essayist, philosopher-theoretician, and dramatist. As a young student of Polish philology in Kraków, he co-founded the Rhapsodic Theatre with Mieczysław Kotlarczyk during World War II in 1941. He was not only one of the leading actors of that theatre, but also contributed to the formation of its core ideas, which also prepared him for his future pastoral ministry.

Bolesław Taborski, renowned English translator of “Job”, once wrote: Wojtyła as a playwright was indebted to no one and consistently built his own vision of a drama of human existence: the vision of man’s place on earth in the divine plan of creation.

Professor Jarosław Kilian is an art historian and stage director. He has been a scholar of the British Council and the US Department of State. As a stage director, he trained under the guidance of Peter Brook in Vienna. Since 2016 he has been the director of the Teatr Lalka in Warsaw. He has directed operas, outdoor performances, plays for children, and primarily stage performances of European and Polish classic masterpieces of Molière, William Shakespeare, Juliusz Słowacki and Aleksander Fredro.

The performance is brought by the Saint John Paul II Institute of Culture, the Saint Nicholas Foundation and the Polish Institute in Rome.

This project is co-financed by the Minister of Culture and National Heritage of the Republic of Poland from the Culture Promotion Fund. 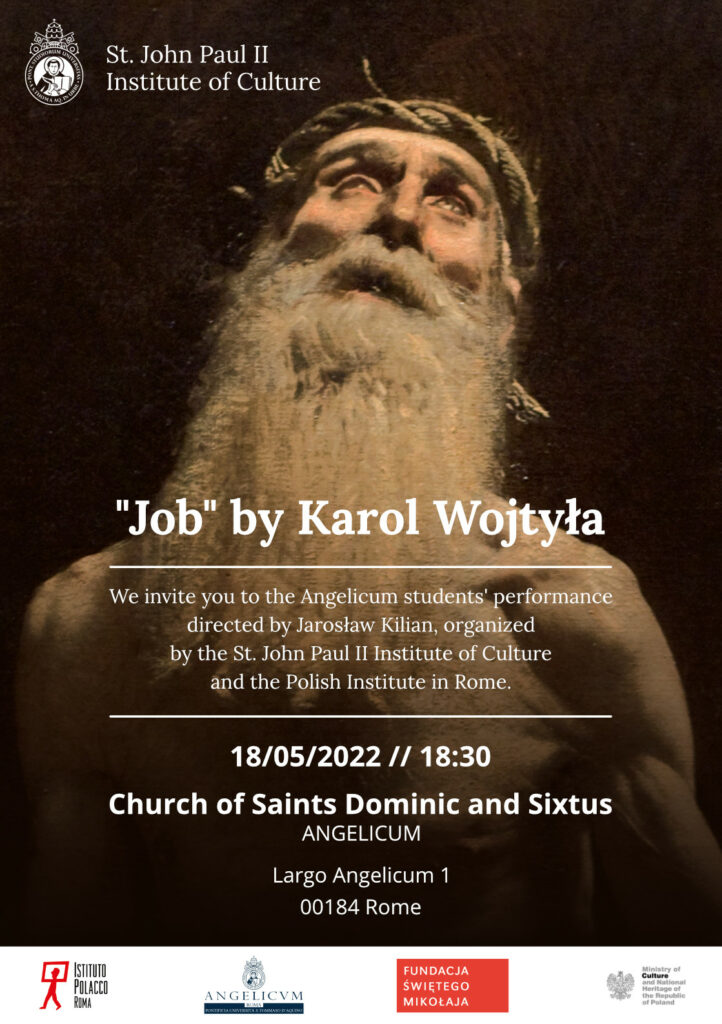