St. John Paul II stated that by proclaiming Hyacinthe-Marie a Blessed, “the Church wishes to recognize and honor the work of the human intellect, illuminated by faith.”   He  had both a deep love for truth and a trusting surrender to the providence of God.   He was a model of what it meant to live a life immersed in prayer, study, and preaching.

Bl. Hyacinthe-Marie was born in Orleans, France on the feast of the Immaculate Conception, December 8, 1832.

He  joined the minor seminary at the age of thirteen.   Shortly after ordination, he received permission from his home diocese to join the Dominican Order.  He loved the Dominicans, but he suffered from chronic hemorrhages and his condition was so severe that the Dominican community decided to send him home before he made vows. Providentially, the Master General of the Order visited the French novitiate shortly before his departure.  The Master was so impressed with the young Domican that he asked  the novice to return to Rome with him as his personal secretary.  He petitioned the Pope for a special dispensation for Bl. Hyacinthe-Marie to make his profession in the Order’s  international novitiate at Santa Sabina.  The Pope agreed to do so if Bl. Hyacinthe-Marie could complete one month without any hemorrhage attacks. 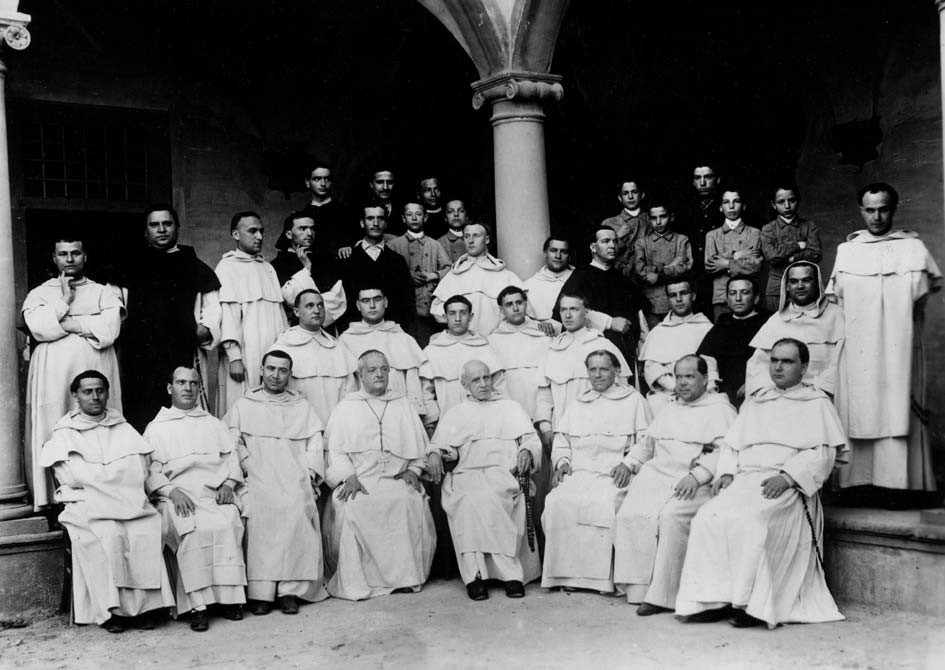 Unfortunately he grew decidedly worse, and was allowed to make vows on what was presumed to be his deathbed.  To the surprise of everyone, he proceeded to make a full recovery and regained his health completely.

Almost immediately, Bl. Hyacinthe-Marie was chosen for positions of leadership.   Over the next twenty years, he was appointed novice master, prior in Corsica, Toulouse, Marseilles and then Prior Provincial.  He was also actively engaged in teaching, giving spiritual direction, and writing.  He never failed to spend several hours a day in prayer before the Blessed Sacrament.

In 1904, Bl. Hyacinthe-Marie was elected the 76th Master General of the Order.  He joked that while Pope Pius X’s motto was “to restore all things in Christ,” his mission was “to restore all things in St. Dominic.”   This was precisely what he did.  During his time as Master General, he restored many suppressed provinces and erected new ones (including the Western Dominican Province in the United States).    He is best known for his role in reorganizing the Angelicum as the flagship pontifical university of the Dominican Order and bringing it to its current location in the heart of historic Rome.   He also opened up attendance at the university to those outside the Order.

Bl. Hyacinthe-Marie died on Dec. 17, 1916.   His body was transferred to the Angelicum‘s Church of Sts. Dominic and Sixtus where it  currently rests within the high altar.  His fellow Dominicans at the Angelicum testified to his love of knowledge and love of Christ.   Several recounted seeing him levitate in the chapel while at prayer.

Bl. Hyacinthe-Marie’s feast day is celebrated on May 21st, the anniversary of his election as Master General.