On Friday 23rd October, the first debate in the series “Re-thinking Solidarity” took place, organized by the St. John Paul II Institute of Culture together with St. Benet’s Institute (University of Oxford), the Irish Centre for Democracy and Peace Building, and the Polish Cultural Institute in London. The debate addressed issues related to the religious aspect of the concept of solidarity. The debate was hosted by Lord Alderdice and featured contributions from Dariusz Karłowicz, Nazila Ghanea, Daniel Greenberg, and Jarosław Kupczak OP. 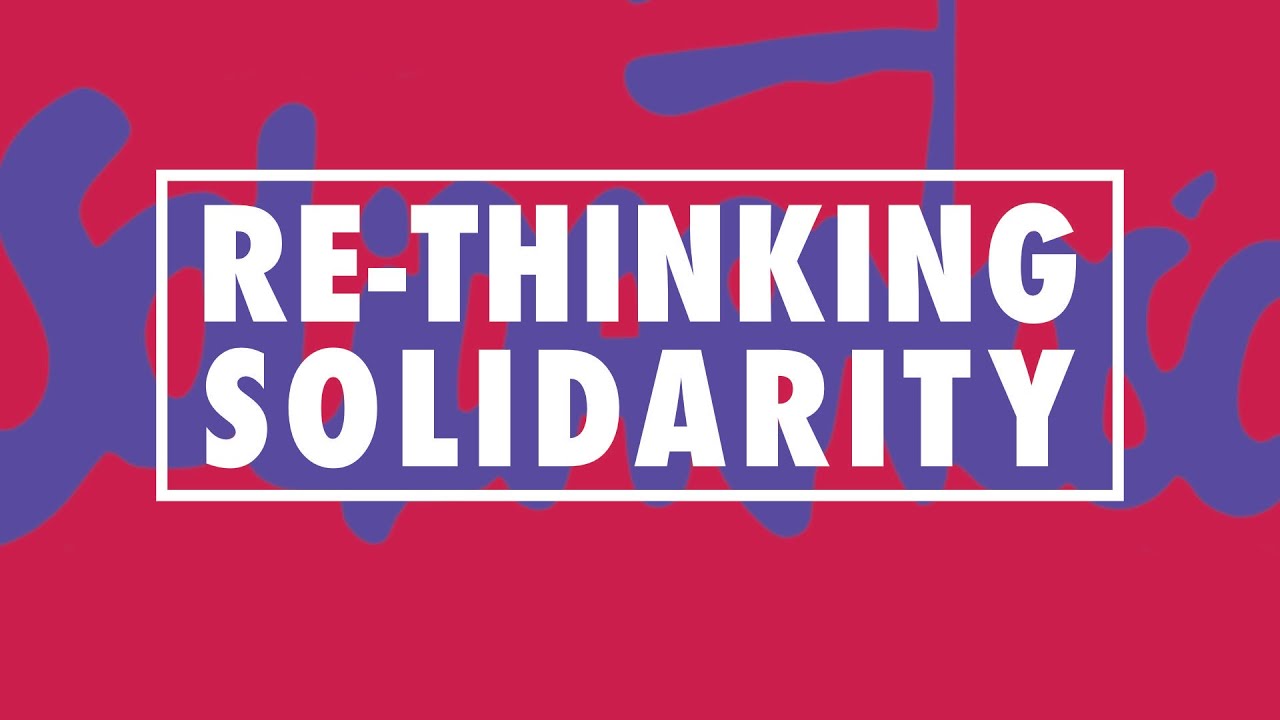 The pretext for the speaker’s deliberations on the source and sense of interpersonal solidarity was the anniversary of the founding of ‘Solidarity’ and the encyclical Dives in Misercordia, signed forty years ago by John Paul II. The ideas in the encyclical laid the theological and philosophical foundation for understanding the phenomenon and the imperative of solidarity.

Jarosław Kupczak OP went first, explaining that the word ‘solidarity’ has many meanings, and may refer to a community for good as well as for evil. However, he focused on solidarity as an ethical phenomenon, based on the belief that man is an ethical being and is therefore capable of choosing between good and evil. He recalled three images: the ‘revolution of dignity’ in Ukraine, the current situation in Belarus, and Black Lives Matter, which – he argued – demonstrate solidarity as an ethical reaction to injustice, lies, suffering, and evil. He also referred to ‘Solidarity’, which arose as a social movement in the wake of John Paul II’s first pilgrimage to Poland in June 1979. He described how this visit gave rise to something new among people, it liberated a sense of dignity within them.

The word ‘solidarity’ has many meanings, and may refer to a community for good as well as for evil.

Nazila Ghanea spoke about solidarity in the context of human rights, with reference to Article 29 of the Universal Declaration of Human Rights. According to the Declaration, each person has a duty to the community and is subject to restrictions aimed at ensuring the recognition and respect of the rights and freedoms of others. This formed the basis of Nazila Ghanea’s talk and she stressed that the capacity to stand in defense of other people, especially the weakest and their rights, is an expression of solidarity, even when dangerous. She also spoke about standards, such as forgiveness, trust, love, sacrifice, and service which are not mentioned in statutes, but which are fundamental in solutions regarding human rights. She responded metaphorically to the question posed by the debate – human rights are a vehicle that requires fuel, and that fuel is spiritual and religious values or ethical standards.

Dariusz Karłowicz began with a well-known saying: there is no freedom without solidarity, to which John Paul II added that there is no solidarity without love and mercy. Karłowicz considered St Paul’s words in Galatians 6.2 as fundamental to the understanding of solidarity: “Bear ye one another’s burdens”, which remind us of our human weakness and inadequacy. He said that these are things that we truly share as people and that solidarity is only possible when we understand our weakness – Solidarity should be seen as a moral and social imperative of partaking in God’s mercy, which was revealed in the mystery of the Cross.

The final speaker, Daniel Greenberg, began with the statement that, in order to achieve solidarity, it is necessary to focus on what unites us, and not what divides us. The only thing, in his opinion, that unites us is humanity. Following the Jewish proverb, he suggested that good manners, which should be understood as dignity, responsibility, decency, compassion, and mercy, take precedence over religion, which he understands as a group. Politics, religion and ideology must recognise humanity, and people must seek each other – he concluded.