On May 18, the eighth lecture within this year’s JP2 Lectures series was held at the Angelicum in Rome. The lecture titled “Reconsidering Vatican Ostpolitik: The Statecraft of a Saint” was delivered by the famous papal biographer prof. George Weigel on the day of the second anniversary of the establishment of the St. John Paul II Institute of Culture. 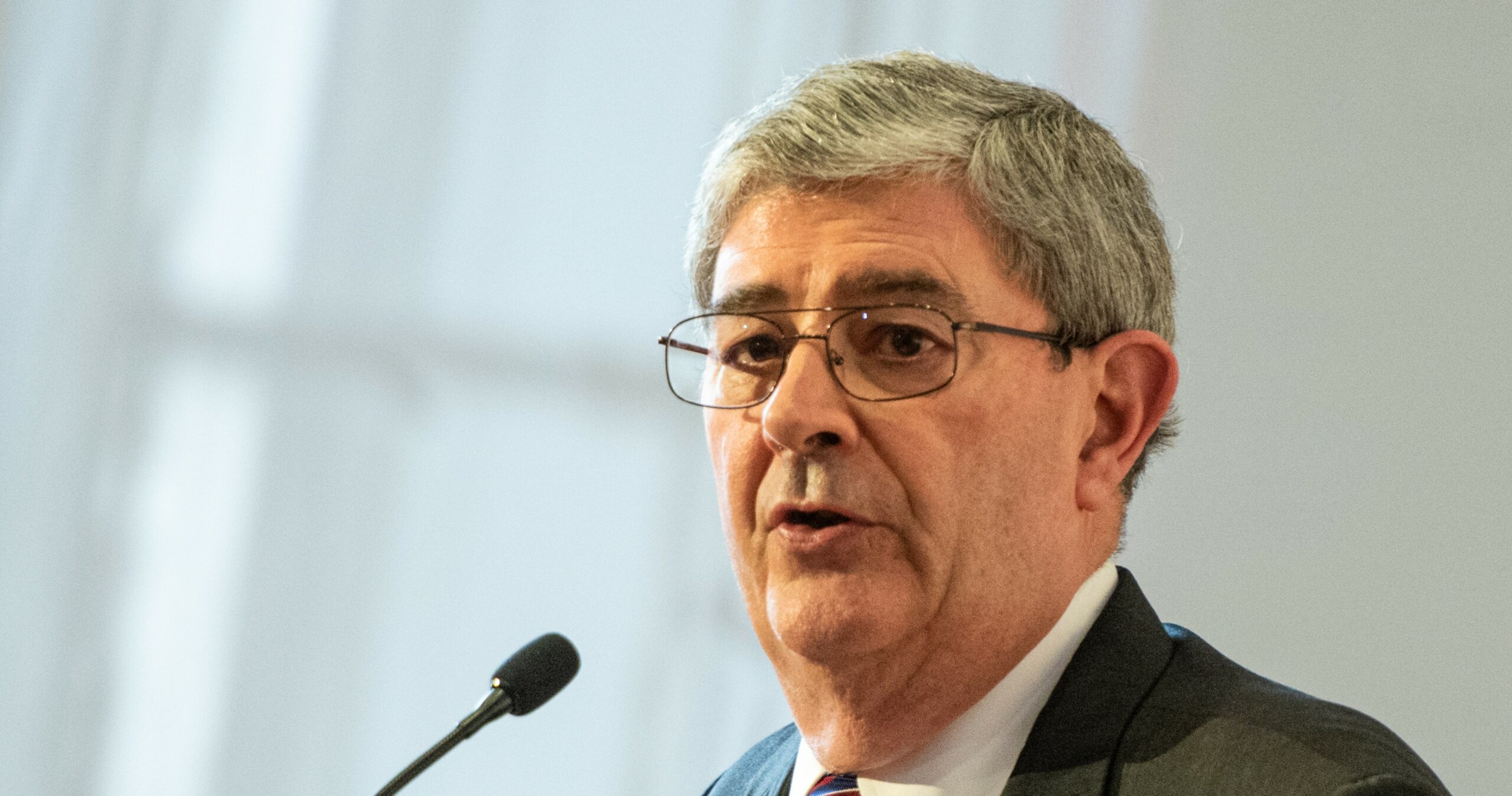 George Weigel began his lecture by reflecting on the complexities of Vatican’s policy toward the People’s Republic of China. He looks for its explanation in the events of 1870 and the role played by the Lateran Treaties. He also turns his attention to the issues connected with the Second Vatican Council and the Ostpolitik strategy formulated at that time by Agostino Casaroli, which reformulated the Vatican’s attitude towards communist countries. Casaroli referred to it as modus non-moriendi, or “the way not to die.” In practice, this meant agreeing with communist regimes on the appointment of bishops.

Weigel drew two conclusions from the failure of this diplomatic strategy. First, the policy of appeasement towards communist regimes is never effective because of the very nature of those regimes and their determined pursuit of what the Polish Security Service called the “disintegration” of the Catholic Church. Second, according to Weigel, the only real power at the disposal of the Holy See and the Pope in the modern and post-modern world is moral authority – and this moral authority, which constitutes a kind of soft power, can be used effectively.

The recent return to the approach promoted by Casaroli is causing a sense of abandonment among Ukrainian Catholics.

Weigel pointed to a more skillful opposition to Ostpolitik in Poland than anywhere else – possible as the result of the actions of Karol Wojtyla and Stefan Wyszynski.

Later in the speech, Weigel pointed out that Ostpolitik continues to be presented to future Vatican diplomats as a kind of model despite its failures and compromises. Its presence and unwillingness to analyze its consequences weakens the authority of the Vatican, Weigel said. The recent return to the approach promoted by Casaroli is causing a sense of abandonment among Ukrainian Catholics, who recognize and bemoan the illusory nature of the declared intention of Vatican diplomacy to position itself as an intermediary between Ukraine and Russia, he added.

As a counterbalance to Ostpolitik, Weigel presented the prudence of John Paul II, from which the Church should draw inspiration. He pointed out that John Paul II shunned diplomatic and political terms. Instead, he acted as a “moral witness” – and paradoxically, his pontificate had the most momentous political consequences in centuries.

In the next part of his lecture, Weigel listed seven lessons that we can draw from the pontificate of John Paul II. The first of these is: “Culture is the most important thing.” As he went on to say, culture has always been the most dynamic force in history, both positively (in the sense that it builds and sustains free societies) and defensively (in the sense that it helps resist tyranny). In addition, Pope-Pole was aware that at the very heart of culture lies worship or religion, Weigel continued.

John Paul II shunned diplomatic and political terms. Instead, he acted as a “moral witness” – and paradoxically, his pontificate had the most momentous political consequences in centuries.

George Weigel defined the second lesson with the words: “Ideas matter, with good and bad consequences.” As he went on to say, according to John Paul II, in both cases – ideas that are vile, false, and bring death, and ideas that are good, true, and ennobling – the critical role was played by what conception of man they proclaimed. In other words, what mattered was anthropology.

Lesson three tells us that “one should not psychologize the enemy.” Unlike Western revisionist historians, John Paul II was aware that Stalin, his successors, and their Polish imitators acted as they did as a result of who they were, what they believed, and what they wanted, not that “Uncle Joe” Stalin supposedly was unnecessarily offended at the Potsdam Conference in July 1945, he said.

Lesson four is to “speak openly and use all the cards you have deftly.” Weigel recalled how deftly John Paul II treated Casaroli, making him a cardinal and secretary of state. At the same time, the pope restored the Catholic Church’s “voice” by speaking out against human rights violations and calling on communist states to honor their obligations under the “third basket” of the 1976 Helsinki Final Act.

According to Lesson Five, “the voice of the martyrs-the believers in the underground churches behind the Iron Curtain-should be listened to”. As Weigel points out, according to John Paul II, their testimony helped strengthen the cultural, religious-based resistance to communism. “It was an exceptional embodiment of the moral pressure that could and should be exerted on communist regimes,” he said. He pointed to several examples of this attitude. While still archbishop of Krakow, Karol Wojtyla secretly ordained priests to serve in the underground Church in Czechoslovakia, de facto tacitly acting against Vatican Ostpolitik. Already ascending to the See of Peter, he made sure that the world (and especially the Kremlin authorities) learned of his meeting with the Ukrainian Cardinal Slipyj, the leader of the largest underground Church, which took place a month after Karol Wojtyła’s election to the papacy. A few weeks later, John Paul II sent his cardinal’s crozier to the Dawn Gate Shrine in Vilnius to show his solidarity with another suffering and severely persecuted local Church. A gesture that was reciprocated within weeks when the Lithuanian Committee for the Defense of the Rights of Believers, later one of the fiercest advocates of human rights in the Soviet Union, was founded.

Following the sixth lesson cited by Weigl, “one must think long-term, not sacrificing basic principles in the name of something that may seem to be an immediate benefit.” He recalled the intuition that guided John Paul II, who disagreed with the communists’ proposal that the state authorities initiate a debate on the Polish future in which the Church would be a partner. John Paul II did not fall for this bait, and by his actions, he created the conditions for the Round Table talks.

The seventh lesson is that “media <reality> is not necessarily objective, and statesmen cannot be acolytes of the <narrative>” presented in the media.”

In the final part of the lecture, Weigel said that the most eloquent and inspiring teaching of John Paul II today is the refusal to give in to the tyranny of “what is possible” to give in to the low expectations set for us by the world.”The Pope should be an example for us in taking up challenges that seem impossible and turning them into reality. As history has proven, his famous call on October 22, 1978 – “Do not be afraid!” – was not an expression of romanticism. It stemmed from the most profound, authentic realism,” Weigel concluded.