“Thinking with St. John Paul II” is a result of a series of monthly “JP2 Lectures” held in the academic year 2020/2021 at the Pontifical University of St. Thomas Aquinas-Angelicum in Rome. The ‘JP2 Lectures” have been introduced to the Angelicum’s curriculum by the St. John Paul II Institute of Culture as lectures open to the public and promoting reflection on a wide range of topics in the light of St. John Paul II’s intellectual and spiritual legacy. The authors of texts included in this volume are some of the most prominent intellectuals of our time from across the world/from Europe and the US. 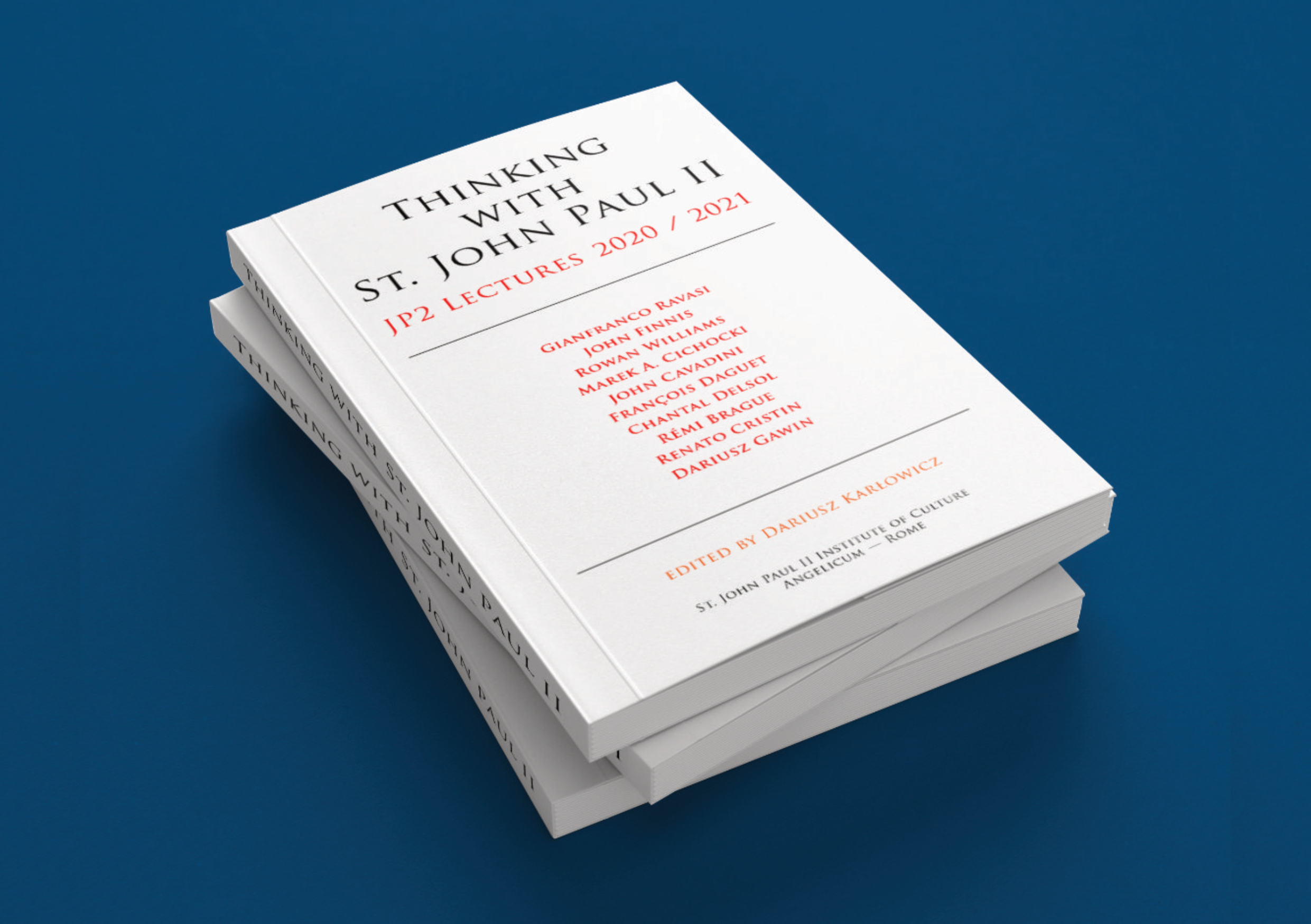 We need St. John Paul II not only as an object of research but also as a witness to Christ, as a thinker, artist, spiritual guide, an expert on (and critic of) modernity, an adviser, and, finally, a still-living source of ever-relevant inspiration

The collection of the lecture-based essays begins with a text titled “Why Does Christianity Need Culture?” by Cardinal Gianfranco Ravasi, the President of the Vatican’s Pontifical Council for Culture. The lecture was originally held on October 19, 2020, in the Angelicum’s Aula Magna (Aula Giovanni Paolo II) as the academic year’s inaugural event. Further topics include questions relating to fundamentals of ethics, role of faith in the public sphere, political theology, meaning of art in modern Christianity, historical and ideological contexts pertaining to the past and current status of Christian culture, thought and lifestyle, and other important subjects. The common demonination of all the lectures is their reference to the teachings of St. John Paul II.

Contributors to the volume include:

Foreword to the book by Dariusz Karłowicz can be found here.

You can purchase the book from:
– Amazon,
– Catholic University of America