See the summary and photo gallery of Joseph Wailer’s lecture! On Wednesday, October 19, the first JP2 Lecture in 2022/23 titled: “Non-Christian Europe – is it possible?” was given by prof. Joseph Weiler. Dariusz Karłowicz, president of the St. Nicholas Foundation and program director of the St. John Paul II Institute of Culture at the Angelicum in Rome introduced the audience to the issues of the topic. A recording of Professor Weiler’s address and the following discussion with the audience is now available to watch. Below is also a photo gallery of the meeting. 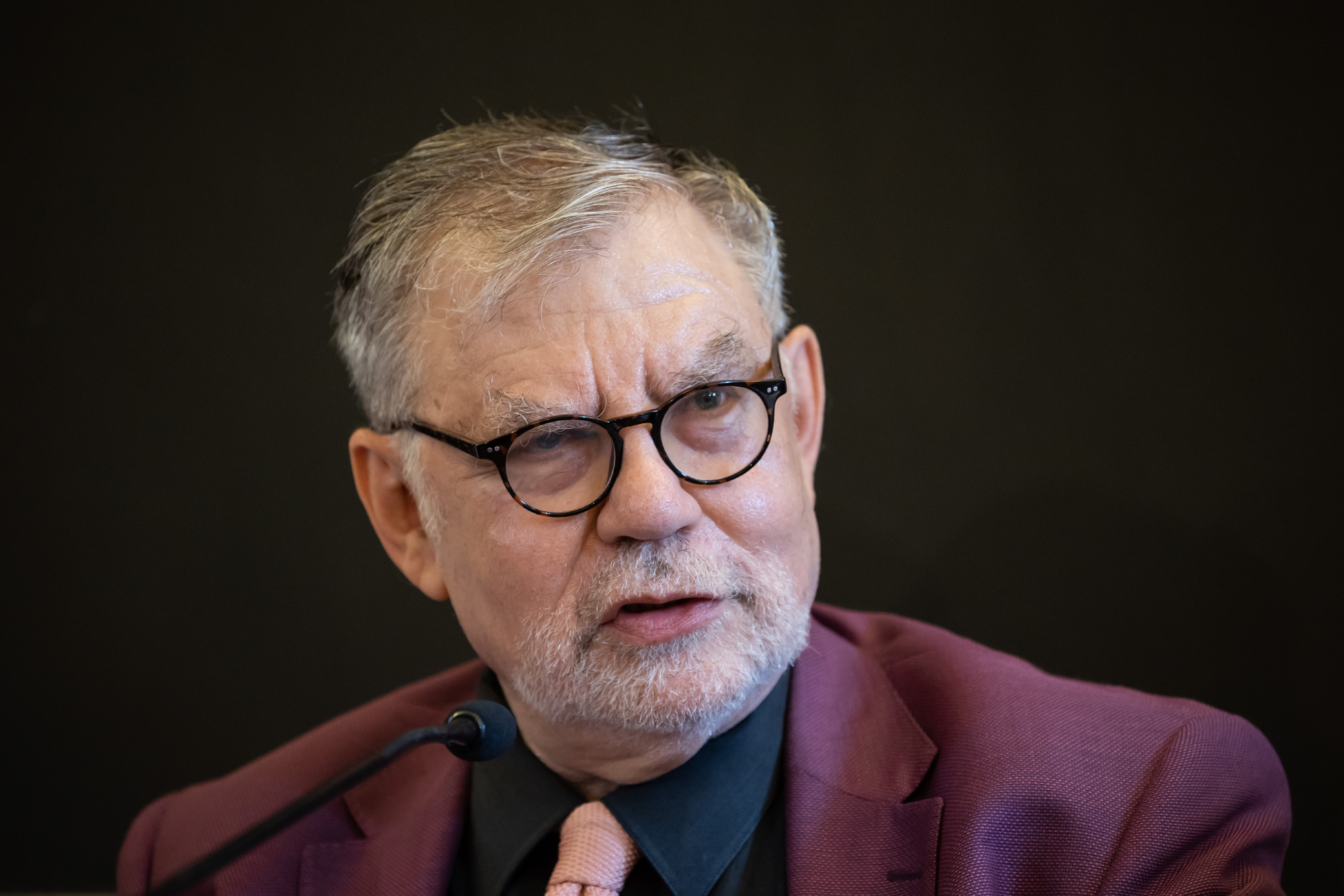 Beginning his lecture, Joseph Weiler asked a question about the meaning of the concept of “Christian Europe”. According to Weiler, the intuitive answer is quite obvious since Christian themes can be found in architecture, painting, music, and literature, as well as in the broader political and social culture in the whole of Europe. These are all things we encounter on a regular everyday basis. This does not mean, of course, that Christianity created the whole of the broader European culture. Weiler reminded us of the influence of Greek philosophical thought and Roman law. Nevertheless, it is impossible to ignore Christian identity in answering the question of who a European is.

As Christian culture is so obvious to European identity, Professor Weiler admitted that he observed with consternation the extensive debate that took place in Europe twenty years ago, regarding the inclusion of references to Christian heritage in the preamble to the European Union’s Constitutional Treaty. Ultimately, these references were not included.

According to Joseph Weiler, the legacy of the French Revolution, among other things, is responsible for this specific relationship to Europe’s Christian identity. The tradition of secularism of the state will emphasize religious freedom, but define religion as belonging to the private and not the public domain. The presence of religious symbols in places associated with the state would conflict with the principle of secularism so conceived.

Another reason for this state of affairs is the phenomenon of “Christophobia”. According to Weiler, this is a new phenomenon associated with secularism. It is not expressed in indifference or tolerance towards religion but in hostility and anti-religious attitudes.

Further, Professor Weiler presented a different understanding of the term “Christian Europe”, which would be: the critical mass of population practicing Christianity. This means that people not only recognize that Jesus Christ is God, but the acceptance of this truth has also an impact on the how they live. If we take this as a criterion, according to Weiler, we cannot speak of Europe as Christian. He also pointed out the frequent tendency to reduce religion to ethical principles. According to Weiler, this is a mistake because religion is a much deeper identity.

Subsequently, Joseph Weiler pointed out that, in his view, secularism is not at all something neutral. He described the phenomenon as a choice in how we build our culture.

In the end, he referred to contemporary discussions in political philosophy regarding the presence of religion in liberal democracy. He cited the view of the influential political philosopher John Rawls, author of A Theory of Justice. According to Rawls, in a liberal democracy, public debate and political consensus should be based on rational discussion. On the other hand, Christianity does not belong in such a framed rational discourse because it assumes its non-negotiable truth, which is derived from Revelation. What Weiler pointed out is the limitation of liberal democracy, as it only distinguishes specific identities in the public domain — for example, gender equality and minority groups. However, this leads to discrimination against religious identities. Professor Weiler cited the reflections of both Pope John Paul II and Benedict XVI, who pointed out that a return to the concept of natural law is needed in resolving these antinomies.