On November 16, the next “JP2 Lecture” in the 2022/23 academic year was given by prof. Vittorio Possenti at the Angelicum in Rome, titled: “The truth we owe to man is first and foremost the truth about himself.” Fr. Cezary Binkiewicz OP, director of the St. John Paul II Institute of Culture at the Angelicum, and Fr. Michał Paluch OP, professor at the Angelicum’s Faculty of Theology, introduced the audience gathered in the hall and online to the subject. 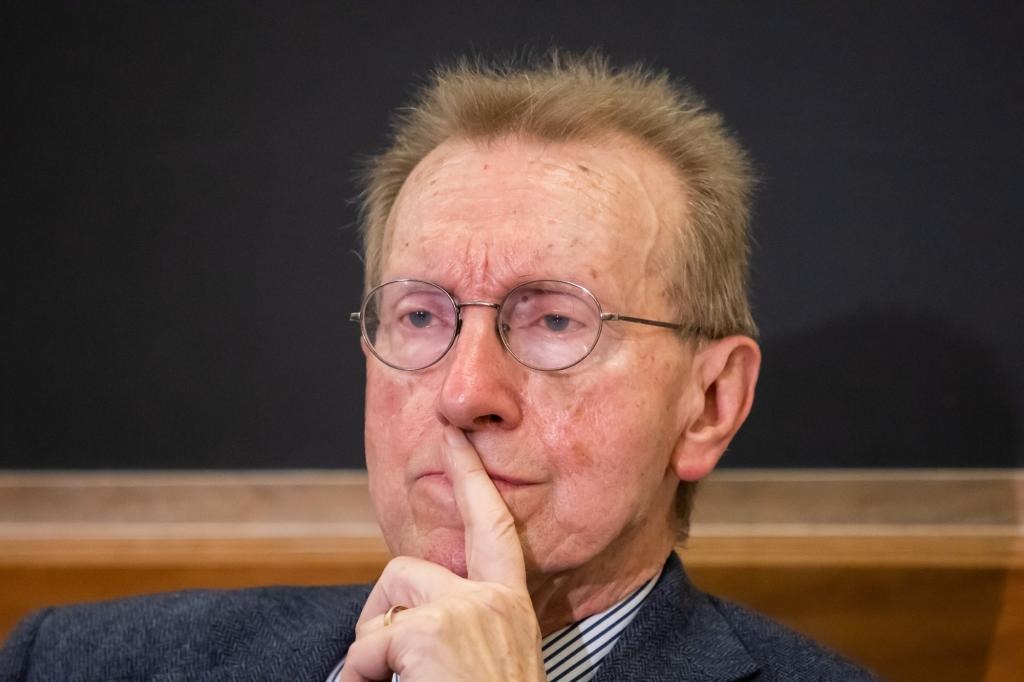 Professor Possenti began the lecture by pointing out the key issues in John Paul II’s thought in the areas of anthropology and ethics, which put the person at the center of their considerations. He recalled the words of St. Thomas, who wrote that “the person is that which is noblest and most perfect in the whole universe.” Possenti singled out several reasons for the demoralization of the humanities, which, in his opinion, began to take place from the 1980s onward. Among them were the problems associated with biotechnology. Their effect turned out to be the gradual naturalization of man, the reduction of his life to a biological dimension. In connection with these transformations, Prof. Possenti spoke of the need for a renewed reflection on reality through the prism of personalism drawn from the philosophy of Karol Wojtyła. At the root of this anthropology is the truth of man’s creation in the image and likeness of God and his irreducibility to a simple particle of nature. The Church’s task is to help man know the whole truth about himself. Possenti cited a passage from the encyclical Gaudium et Spes, according to which man finds the Key to understanding oneself by contemplating the divine Primordial, the Incarnate Word, the eternal Son of God. The primary and decisive source for understanding the intrinsic nature of a human being is therefore the Trinity.

Later in the speech, Prof. Possenti described the formative relationship between anthropology, theology and ethics during Vatican II according to the words: “The mystery of man is only truly explained in the mystery of the Incarnate Word” (GS, no. 22). He also pointed out the delicate web of interrelationships linking the person, truth, freedom and love/agape. Prof. Possenti also noted that in addition to studying the person in his actions and affirming the transcendence of the self in action, Wojtyła’s personalism takes up the rethinking of ethics in the perspective of the person, in accordance with the idea that morality is for the person, not the person for morality. – By embedding ethical research within the study of the person and his action, Wojtyła contributed to the development of an issue of great importance: the re-establishment of the link between ethics and anthropology (and ontology), which modern, and often post-modern, moral philosophy had in principle severed, he added. He also recalled that personalist reflection found its continuation during the pontificate of John Paul II, particularly in the encyclicals Laborem exercens, Centesimus annus and Evangelium vitae.

Prof. Possenti also touched in his lecture on the theme of conciliar personalism, created in the documents of Vatican II, the richness of which, in his opinion, stems from two fundamental strands of discourse: the anthropological-biblical one, starting from Revelation and laid out in points 12 and 13 of the GS, referring to human dignity, rooted in the imago Dei, which belongs to it, and to falling into sin; and the “metaphysical” strand (cf. no. 14-17), which represents man as a unity of soul and body, and defends the dignity of human intelligence, moral consciousness and freedom.

Possenti went on to describe those elements of John Paul II’s teaching that oppose determinism, biologism and total evolutionism. He also pointed out the need to refer today to an adequate concept of the person to help make a healing reflection on modern anthropocentrism, which is now often greedy and aggressive – both towards the other and nature.

Concluding his remarks, Prof. Possenti once again emphasized the fundamental importance of reflection on the person in the thought of John Paul II. The personalist concept was the most significant point of resistance against Marxism, agnostic and atheistic existentialism, neopositivism, structuralism, and the theology of secularization. It also proved to be a valuable point of reference in the face of problems gaining momentum today, concerning the interpretation of human rights, bioethics and genetics, evolution, the meaning of work, the dignity of the intellect.