The Religion of Technology: Transhumanism and the Myth of Progress 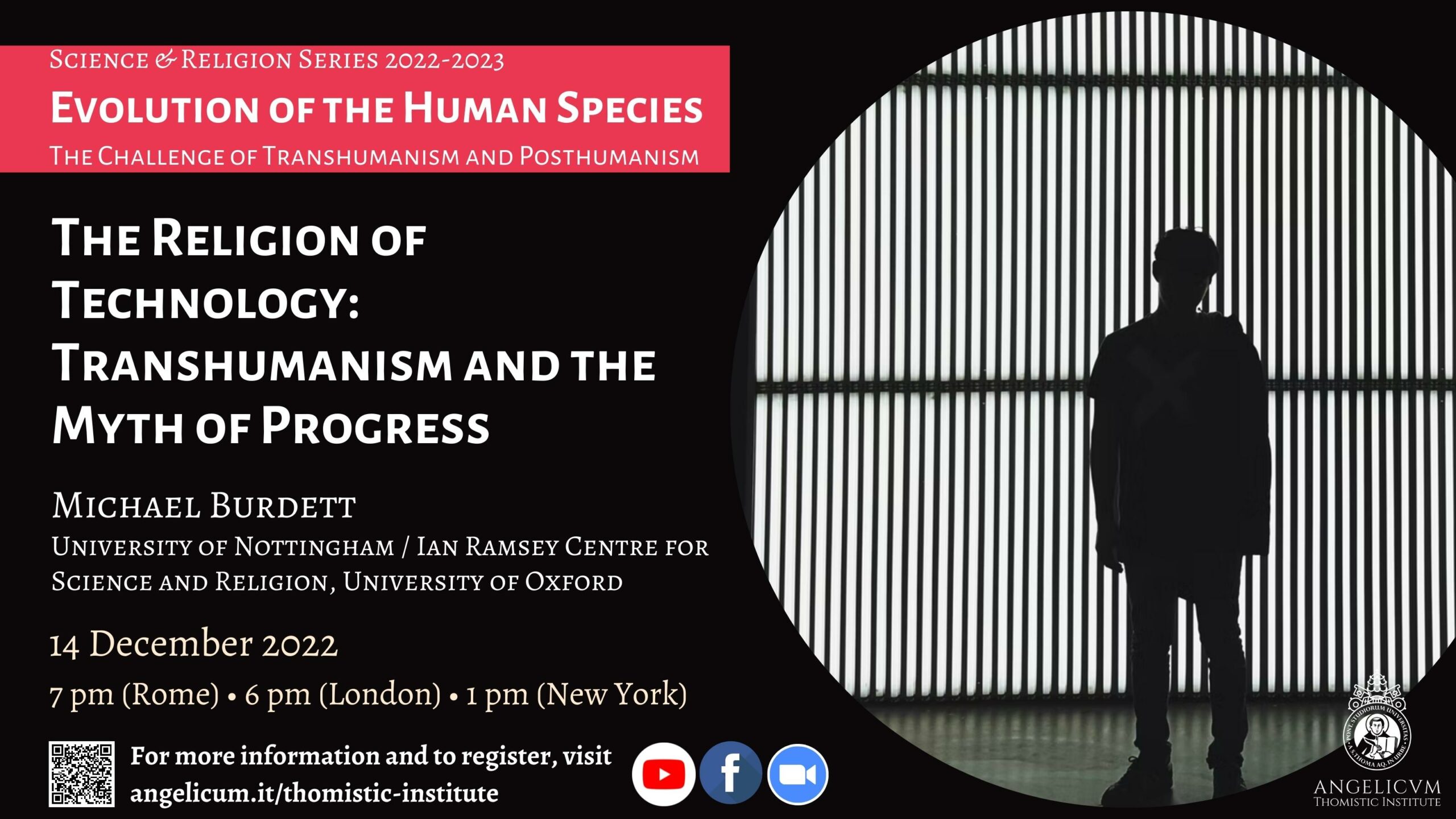 The Religion of Technology: Transhumanism and the Myth of Progress

In this presentation I chart a succinct intellectual history of the myth of progress and how it has been embedded, and is still embedded, in the claims of science and technology. Furthermore, I aim to show how transhumanism depends upon and extends this rampant and robust myth and that its enthusiasts subsequently derive religious value from it. First, I begin with the claims of this myth of progress and try to arrive at some characterizing features of it. Next I turn to the origins of this myth of progress and how it became entwined with the claims of technoscience leading to its prominence in the 19th century. I then turn to the first part of the 20th century when this myth is seriously questioned and the entire edifice of the Modern project begins to crumble at its base. From here I focus on more recent technoscientific utopias that culminate in transhumanism and show a propensity in taking up this myth once again. Finally, I give several comments on the religious dimensions of transhumanism and assert that the myth of progress is one of its core doctrines.

Dr Michael Burdett is Assistant Professor of Christian Theology at the University of Nottingham and an associate of the Ian Ramsey Centre for Science and Religion, University of Oxford. Before becoming an academic and completing his DPhil at the University of Oxford, Michael worked in the aerospace and robotics industries for several years working with a firm that had contracts with NASA and JPL. He holds degrees in engineering, physics, and theology and has been given academic and professional awards in each field. His academic interests lie at the intersection of science and technology, theology and philosophy. He has published and presented internationally on continental philosophy, evolution, the technological society and Christian theology. He is a series editor for the Routledge Science and Religion series  (with Mark Harris) and his major works include Technology and the Rise of Transhumanism: Beyond Genetic Engineering (Grove, 2014), Eschatology and the Technological Future (Routledge, 2015) and Finding Ourselves After Darwin: Conversations about the Image of God, Original Sin, and the Problem of Evil (Baker Academic, 2018).

He has lead several funded science and religion projects including “Co-creating Ourselves?: Deification and Creaturehood in an Age of Biotechnological Enhancement” (JTF), “Bridging the Two Cultures of Science and Humanities” (TRT and Blankemeyer) and “Christian Flourishing in a Technological World” (Issachar). He is currently leading a grant entitled “Biocultural Evolution and Theological Anthropology” (JTF) and working on his next book tentatively titled Death and Glory: Humanism, Transhumanism and Christianity. 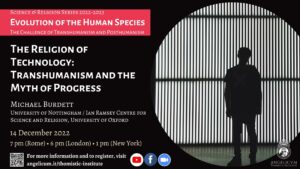 The Religion of Technology: Transhumanism and the Myth of Progress (Video) 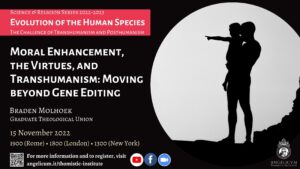 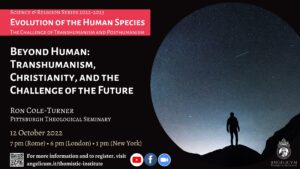 Beyond Human: Transhumanism, Christianity, and the Challenge of the Future (Video)
+ Add to iCalendar