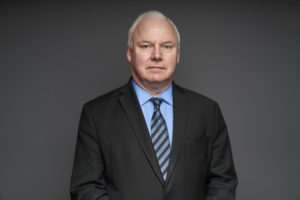 The Thomistic Institute at the Angelicum is happy to announce that Professor James Arthur will be a Guest Scholar of the Institute in the Autumn of 2020. Professor Arthur is a world-leading expert on the character and education and is Director of the Jubilee Centre for Character and Virtues at the University of Birmingham, a pioneering interdisciplinary research centre focusing on character, virtues and values in the interest of human flourishing. He has directed and completed the largest UK-based study into issues surrounding character development, and he supervises doctoral students in virtue, citizenship and character education.

Professor Arthur is also Chair of the UK’s Society for Educational Studies. He was Head of the School of Education 2010-2015 and Deputy Pro-Vice Chancellor 2015-2019. He was previously Editor of the British Journal of Educational Studies for ten years and holds numerous honorary titles in the academe, including Honorary Professor of the University of Glasgow and Honorary Research Fellow in the University of Oxford. Professor Arthur was made an Officer of the British Empire by the Queen in 2018.

Professor Arthur has written widely on the relationship between theory and practice in education, particularly the links between character, virtues, citizenship, religion and education.  He established the Jubilee Centre in 2012, and the Centre has grown in size, scope, and impact since its launch at the House of Lords in May 2012. His recent publications include The Formation of Character in Education: From Aristotle to the 21st Century (2020), Virtues in the Public Sphere: Citizenship, Civic Friendship and Duty, 1st Edition (2019), and Policy Entrepreneurship in Education: Engagement, Influence and Impact (2018). He is currently writing a book on the Christian Virtues and the Formation of Character.