Angelicum Alumnus & Member of the Priestly Fraternity of St. Dominic named a Cardinal 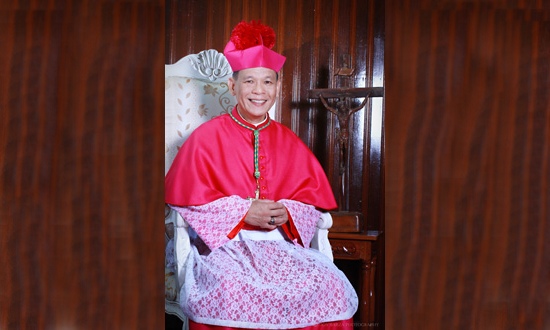 Angelicum Alumnus & Member of the Priestly Fraternity of St. Dominic named a Cardinal

With much joy and gratitude, the Angelicum congratulates the Most. Rev. Jose Fuerte Advincula, Archbishop of Capiz (Philippines) on the announcement of his creation as a cardinal.  He was named by Pope Francis during the Sunday Angelus for the consistory which will be held on November 28, the eve of the first Sunday of Advent.

He completed his Theological studies at the University of Santo Tomas in Manila. He undertook studies in the Angelicum’s faculty of Canon Law at the Pontifical University of St. Thomas Aquinas, obtaining the Licentiate in Canon Law.

During his seminary days in Manila, he was a resident of the University of Santo Tomas Central Seminary, where he joined the Dominican family through the Priestly Fraternity of St. Dominic.  Congratulations from your Roman alma Mater!