The St. John Paul II Institute of Culture was established by two Polish NGO’s – the Saint Nicholas Foundation (Fundacja Świętego Mikołaja) and the Futura-Iuventa Foundation – to look at the challenges facing the modern world and the Church in light of the life and
thought of St. John Paul II.

The idea of “thinking with John Paul II” has been embodied in the “JP2 Lectures” series, which are monthly lectures of prominent,
interdisciplinary academics who revisit the extraordinary contributions of John Paul II for our own day, and the “JP2 Studies” –
a one-year postgraduate program dedicated to developing the teaching of John Paul II.

On the day that marks the centenary of the birth of St. John Paul II, the most illustrious pupil of this university, the Angelicum, inaugurates within its Faculty of Philosophy, an Institute of Culture named after him.

I wish to express my appreciation for this initiative and to extend a cordial greeting to the entire academic community and to all those who have gathered for this event, in particular to the representatives of the two Polish foundations, Futura Iuventa and Saint Nicholas, who are supporting this new Institute.

Letter of His Holiness Pope Francis
To the Reverend Michał Paluch, O.P.
Rector of the Pontifical University of Saint Thomas Aquinas

On the centenary of the birth of Saint John Paul II, the most illustrious alumnus
of your university, the Institute of Culture named after him is being inaugurated at the
Angelicum, within the Faculty of Philosophy. In expressing my appreciation for this
initiative, I cordially greet the entire academic community and all those present for the
event, especially the representatives of the two Polish Foundations, Futura Iuventa and
Saint Nicholas, which support the new Institute.

The principal aim of the Institute is to reflect on contemporary culture. To do so,
the organizers intend to seek the collaboration of eminent philosophers, theologians and
men and women of culture in its broadest sense. Saint John Paul II is at once both the
inspiration behind this project and its first and most important architect. This is thanks
to the rich and multifaceted heritage that he left to us, and even more so by the example
of his open and contemplative spirit, his passion for God and man, for creation, history
and art.

The range of experiences that marked his life, especially the momentous historical
events and the personal sufferings that he sought to interpret in the light of the Spirit,
led Saint John Paul II to an even deeper reflection on man and his cultural roots as an
essential reference point for every proclamation of the Gospel. Indeed, in his first
Encyclical he wrote: “We approach all cultures, all ideological concepts, all people of good
will. We approach them with the esteem, respect and discernment that since the time of
the Apostles has marked the missionary attitude, the attitude of the missionary. Suffice
it to mention Saint Paul and, for instance, his address in the Areopagus at Athens. The
missionary attitude always begins with a feeling of deep esteem for ‘what is in man’, for
what man has himself worked out in the depths of his spirit concerning the most
profound and important problems. It is a question of respecting everything that has
been brought about in him by the Spirit, which ‘blows where it wills’” (Redemptor
Hominis, 12; cf. Address to UNESCO, 2 June 1980).

We need to keep this approach alive if we wish to be an outward-looking Church,
not satisfied with preserving and administering what already exists but seeking to be
faithful to our mission.

I am pleased that this initiative has found a home in the University of Saint
Thomas Aquinas. The Angelicum in fact houses an academic community comprising
professors and students from throughout the world and is a fitting place for interpreting
the important challenges of today’s cultures. The tradition of the Dominican Order, with
the important role given to rational reflection on faith and its content, articulated in a
magisterial way by the Angelic Doctor, will certainly favour this project, so that it will be
characterized by the courage of the truth, freedom of spirit and intellectual honesty (cf.
SAINT PAUL VI, Apostolic Letter Lumen Ecclesiae, 20 November 1974, 8; SAINT JOHN
PAUL II, Encyclical Letter Fides et Ratio, 43).

With these sentiments, I renew my encouragement and gratitude to you, dear
brother, and to all those who have established the new Institute. To the professors,
students and staff I send my best wishes for their work, and to all I cordially impart my
Apostolic Blessing. 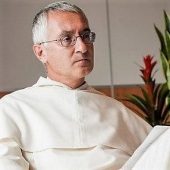 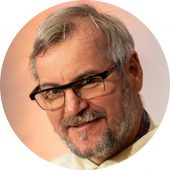 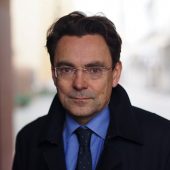 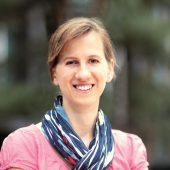 President of the Futura Iuventa Foundation

President of the Futura Iuventa Foundation 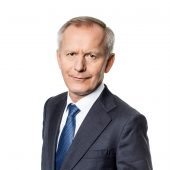 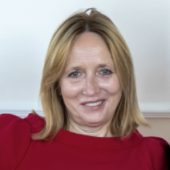 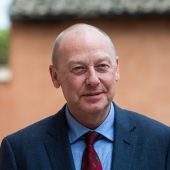