On Thursday 13th March 2022 another JP2 Lecture — “Christianity and Culture: A Truly Christian Life Bears Witness to Christ” by prof. Carl A. Anderson — was held at the St. John Paul II Institute of Culture in Rome. Prof. Carl A. Anderson argued that we should face up to the attempts of both canceling the two millennia of Western Christianity, and a reductionism which makes this religion a matter exclusively for historians. The Christian heritage of the West cannot be preserved by looking constantly backward. It is necessary to look towards the future. 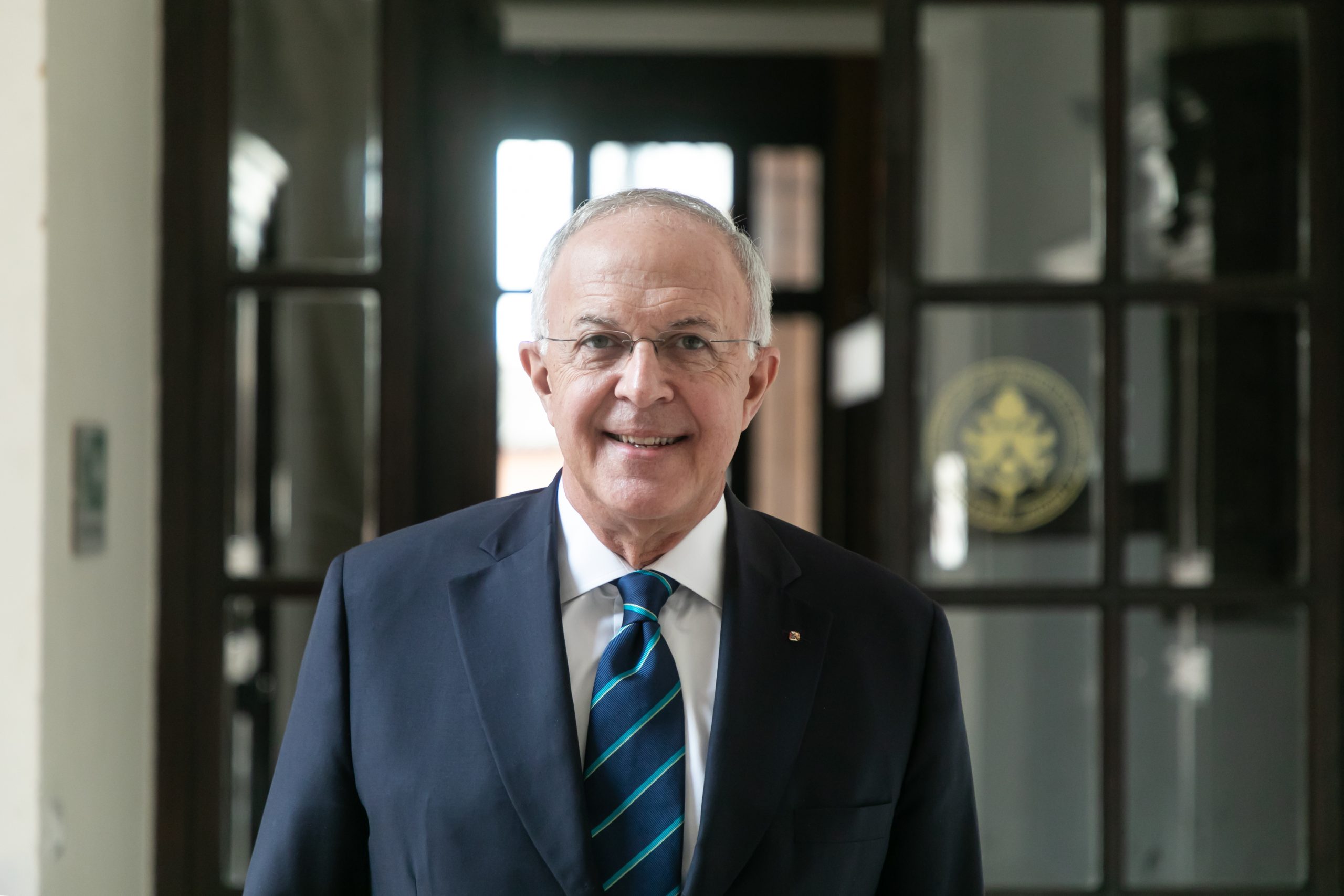 The topic was introduced to the audience by Dr. Dariusz Karłowicz, president of Saint Nicholas Foundation and program director of St. John Paul II Institute of Culture at the Angelicum. To begin his talk, prof. Carl Anderson recalled the debate about the idea of “death of culture”, which has been held in the North-Atlantic world after World War II. He focused on two authors, Maria Vargas Llosa and George Steiner. Both of them took Nietzsche’s celebrated “Death of God” thesis as the starting point. Llosa accepted Steiner’s conviction that “the death of God did not bring about the paradise on earth, but it brought hell (…). A world liberated from God was gradually falling under the power of the devil – the spirit of evil, cruelty, destruction, of everything embodied in the world’s conflagration, Nazi crematoria, and Soviet Gulag. That cataclysm marked the end of culture and the beginning of the post-culture era.” According to Anderson, it is hard not to agree with that diagnosis. However, what is problematic here is the lack of constructive solutions for this problem.

Next, he presented a detailed analysis of Steiner’s In Bluebeard’s Castle: Some Notes Towards the Redefinition of Culture. In that work, Steiner proposed his characteristic redefinition of the Holocaust. He begins with a Nietzsche-inspired description of a monotheistic deity, imposing demands on mankind that are utterly impossible to fulfill, and eventually become an unbearable burden. The death of such a severe god turns out to be unavoidable. Steiner’s next step is to extend Nietzsche’s logic to the Jewish people. Having killed such a god, society will, in a natural course of events, seek to destroy his messengers. Thus, the death of God must be followed by the extermination of the Jews. For this reason, Steiner argues, Christianity cannot exert an influence on postmodern culture. In his view, “due to its highly ambiguous implication in the Holocaust (…), it cannot serve as the focal point of redefinition of culture.”

Anderson also recalled Charles Taylor’s thoughts, who, describing the phenomenon of secularism, talked about people experiencing their world as something purely immanent. Thus, how can the idea of transcendence be instilled in them? Historically speaking, that function was fulfilled by art. This led prof. Anderson to the final part of his lecture, in which he discussed his 20 years of service as the Supreme Knight of the Knights of Columbus. He mentioned numerous restoration projects, preserving artworks that are crucial for Christianity. Each of them was an occasion to reflect on the role of art and architecture in the Christian cult. Thanks to the works undertaken in the Vatican prof. Anderson realized the accuracy of Otto von Simson’s remark: “medieval religion was in itself a connection with the supernatural reality – invisible, but directly and constantly present” thanks to the architecture “consonant with the religious experience of the age.”