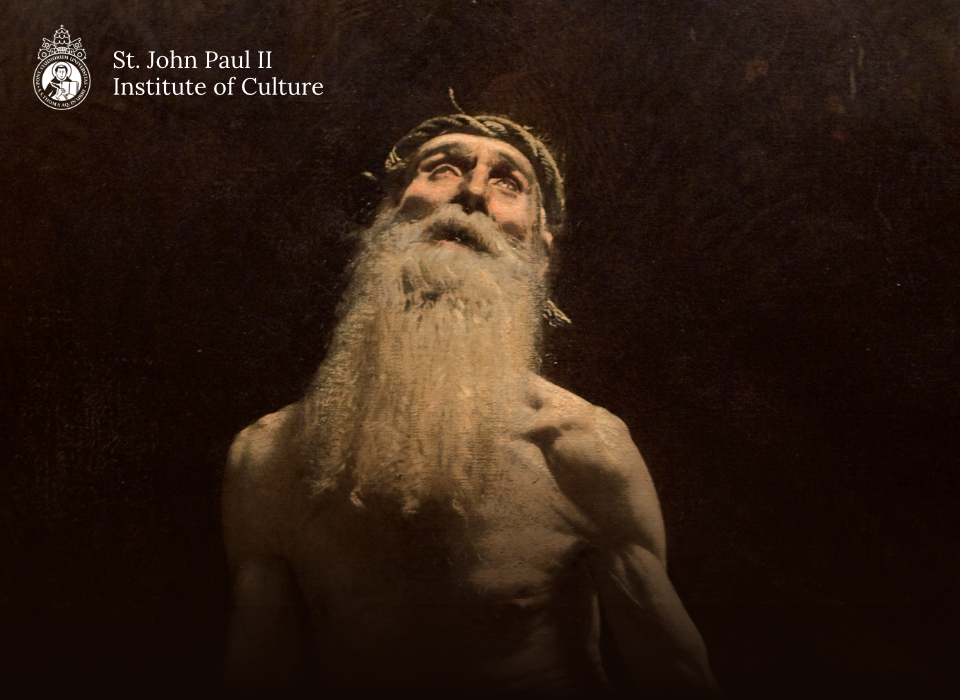 On May 18, a performance of Karol Wojtyła’s “Job” was given by students of the “JP2 Studies” program, directed by Jaroslaw Kilian. The event took place at the Church of St. Dominic and Sykstus at the Pontifical University of St. Thomas Aquinas in Rome, on the day of the second anniversary of the establishment of the Cultural Institute of St. John Paul II.

Dariusz Karlowicz, president of the St. Nicholas Foundation and program director of the St. John Paul II Cultural Institute at the Angelicum in Rome, introduced the audience to the context of the creation of the drama. He recalled that Karol Wojtyla wrote his interpretation of the “Book of Job” in 1940, when the cruelty of war had to be faced on a daily basis.

In addition to faithfully depicting the character and story of Job from the Old Testament, Karol Wojtyla added a chorus, prologue, and epilogue drawn from the tradition of ancient drama. As noted by the director of the show, Jarosław Kilian, the drama changes the ending, introducing Christian elements, in which the prophet Elihu appears as an answer to suffering. Elihu meets Job, who is in despair and cannot understand the meaning of his suffering. The prophet gives him a vision of the Passion of Christ. Only then does Job begin to understand, to touch upon the significant meaning of the drama of his suffering. In the sense of the biblical “Book of Job”, this sense is that suffering is not a punishment for sins. It can affect everyone: the innocent and the wronged and humiliated. It is in no way a punishment but a great mystery.

Professor Kilian stressed that the drama of Karol Wojtyła moves on the border of philosophy and theology. This borderline allows him to make a remarkable discovery: innocent suffering cannot be understood. The only thing that can be done is to bring it closer and try to illuminate it through the martyrdom of Christ. On the other hand, he found working with students in the seminar and workshops on the interpretation of “Job” to be a valuable experience.

The students who participated in the performance particularly noted that working with the text, the rehearsals and the performance itself allowed them to experience the particular sensitivity of the young Karol Wojtyła to the problem of suffering. The context of the play, the Second World War, played an essential role for them. Especially for the understanding of suffering connected with the war in Ukraine. They often stressed that this was a valuable experience, which was a spiritual exercise for them. The rehearsals and the performance gave them an extraordinary opportunity to work together. 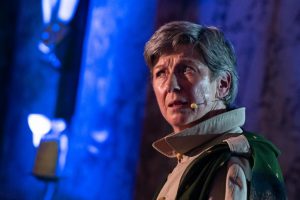 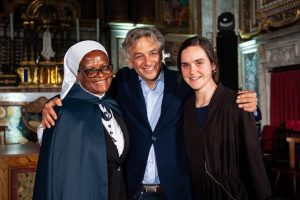 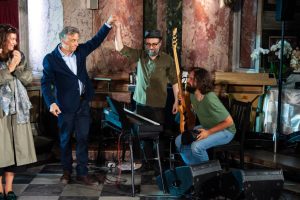 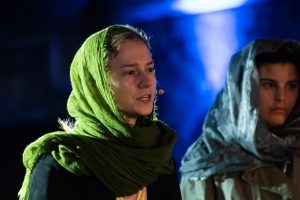 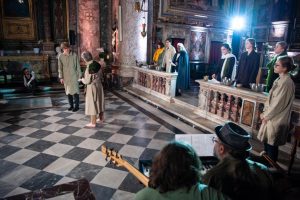 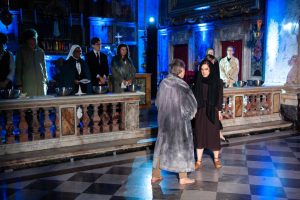 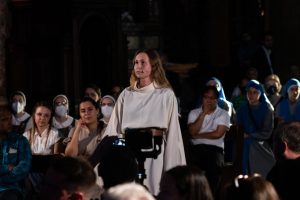 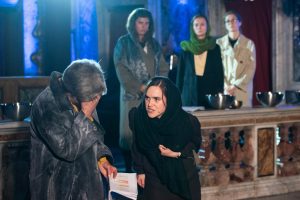 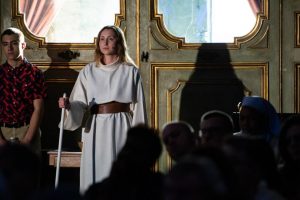 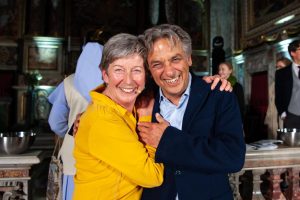 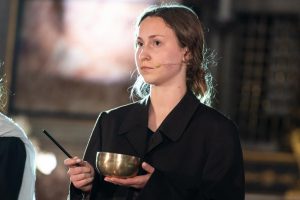 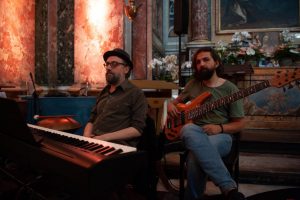 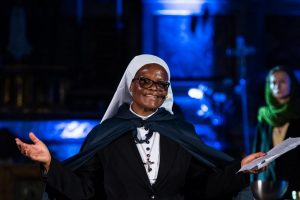 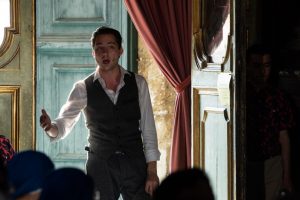 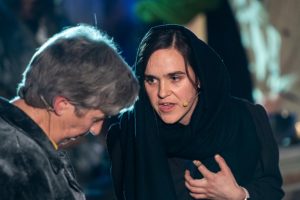 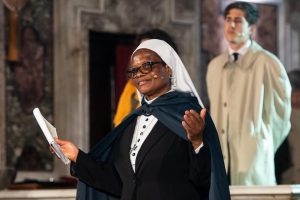 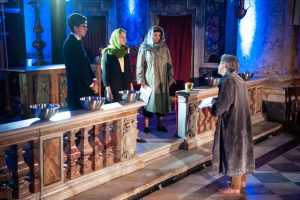 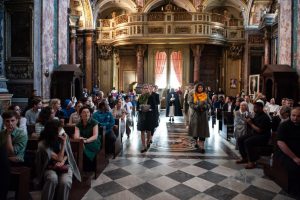 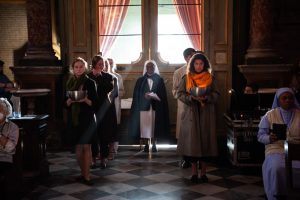 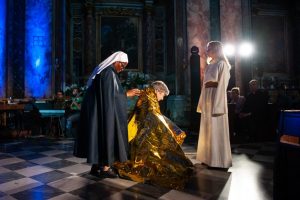 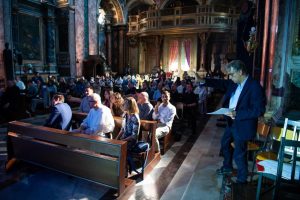 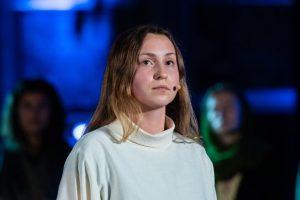 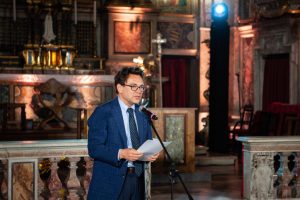 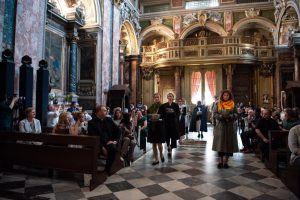 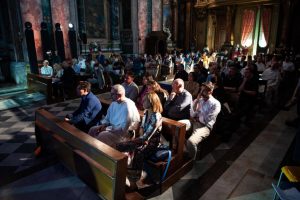 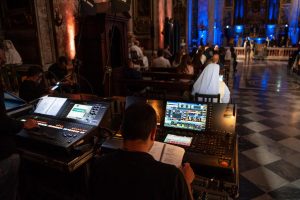 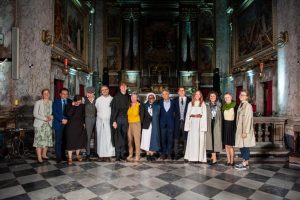