Beyond Human: Transhumanism, Christianity, and the Challenge of the Future 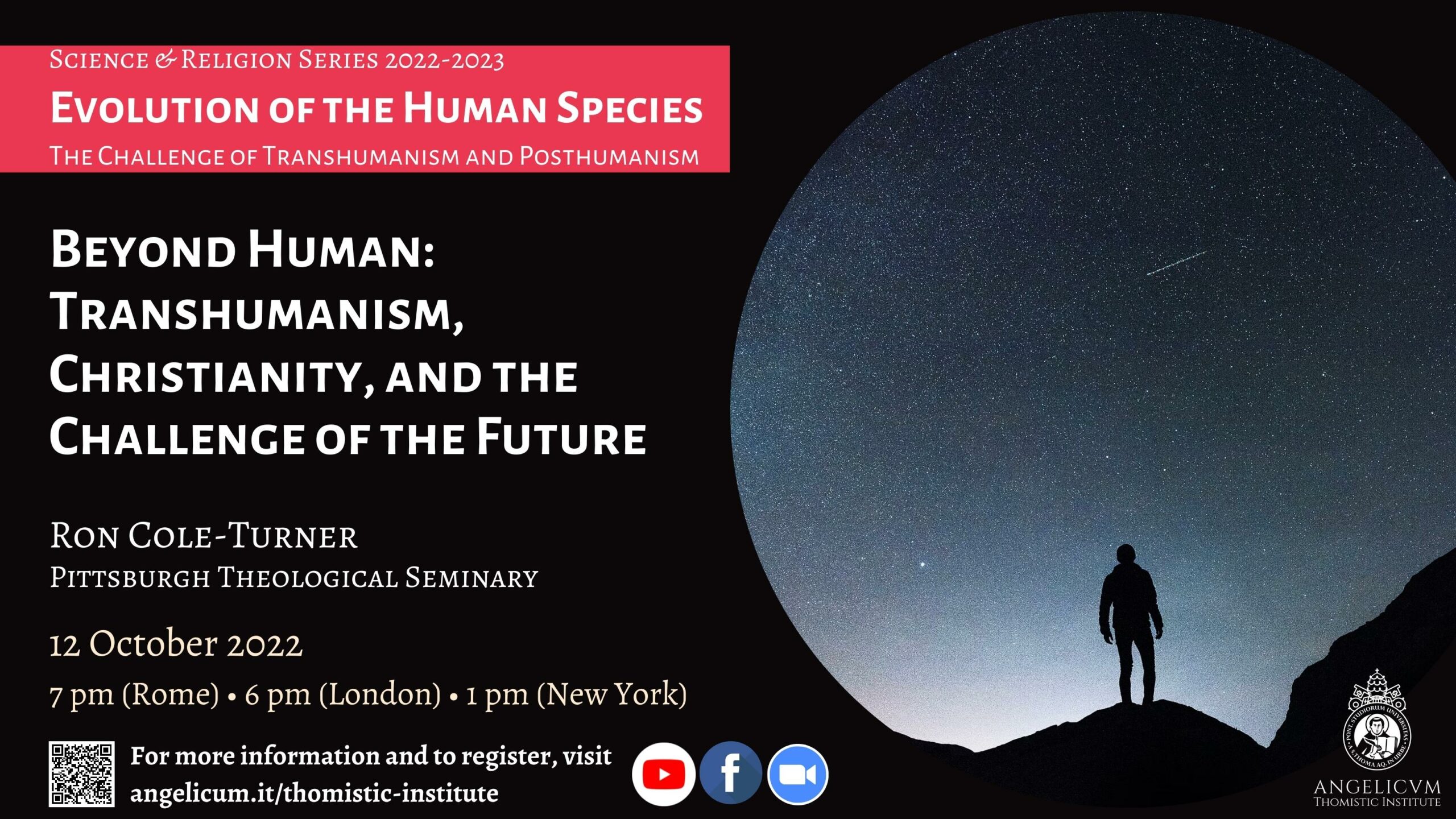 Beyond Human: Transhumanism, Christianity, and the Challenge of the Future

Human enhancement through technology is becoming commonplace, with many turning to biomedical advances not just to treat diseases but to enhance their athletic abilities, good looks, cognitive abilities, or long lifespan. But can technology really improve or enhance humanity? Transhumanists believe it can, and their arguments present a powerful challenge to traditional or static modes of thought about human nature. Transhumanism raises new questions for humanity as a species. Will future human beings become “trans-humans” or “post-humans,” even to the point of becoming a different species? How will individual human beings find their way in a culture of never-ending possibilities for personal reinvention? Can Christian theology survive in such a culture, and will it have anything valuable to offer in response? In this lecture, the changeable nature of the human and the enigma of human nature in a transhumanist age will be explored from a theological perspective.

Ron Cole-Turner is Professor of Theology (emeritus) at Pittsburgh Theological Seminary in Pittsburgh, Pennsylvania. He holds a Ph.D. in theology from Princeton Theological Seminary and is an ordained Protestant minister in the United Church of Christ. He is a founding member of the International Society for Science and Religion, serving on its Executive Committee. Over the past decade he has served as co-chair of the American Academy of Religion Unit on “Human Enhancement and Transhumanism.” Recent books include a study of human evolution and its theological significance, entitled The End of Adam and Eve: Theology and the Science of Human Origins (2016); and Christian Perspectives on Transhumanism and the Church: Chips in the Brain, Immortality, and the World of Tomorrow (2018, co-edited with Steve Donaldson). Other publications include Transhumanism and Transcendence: Christian Hope in an Age of Technological Enhancement; The New Genesis: Theology and the Genetic Revolution; Pastoral Genetics: Theology and Care at the Beginning of Life (co-authored with Brent Waters); Human Cloning: Religious Responses; Beyond Cloning: Religion and the Remaking of Humanity; God and the Embryo: Religious Voices on Stem Cells and Cloning; Design and Destiny: Jewish and Christian Perspectives on Human Germline Modification.

There is no related content yet.
+ Aggiungi a Google Calendar+ Add to iCalendar