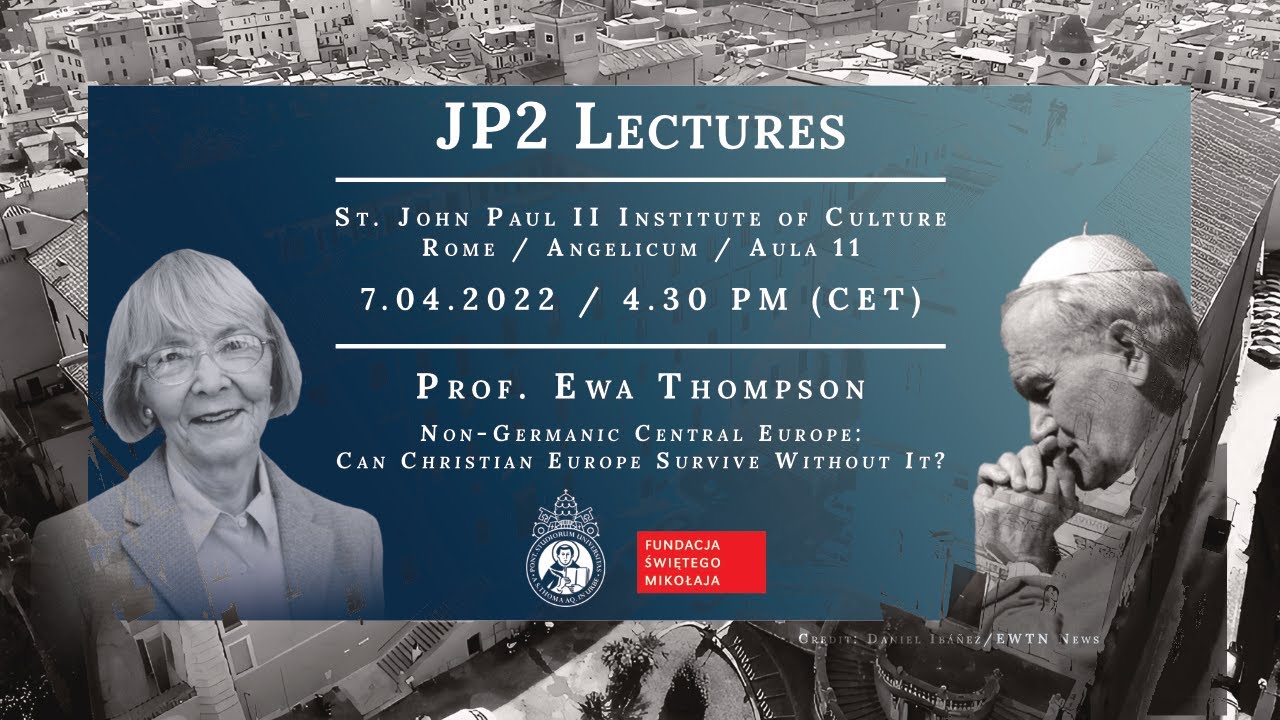 On April 7, the seventh lecture within this year’s JP2 Lectures series was held at the Angelicum in Rome. Professor Ewa Thompson delivered the lecture entitled “Non-Germanic Central Europe – Can Christian Europe survive without it?” Dariusz Karłowicz, president of the Saint Nicholas Foundation and program director of the St. John Paul II Institute of Culture at the Angelicum, introduced the audience to the key issues of the lecture.

Ewa Thompson then emphasized that non-Germanic Central Europe has had much to contribute. There were times when it played a crucial role in defending European Christianity and Western civilization. The same is also true today – Ukraine, which is fighting for Europe against an empire hostile to it. An example of how ignoring and underestimating the message of the non-Germanic nations of central Europe has had dire consequences is the relief of Vienna in 1683. It constituted the first act of a process that, as it turned out, finally put an end to the Muslim conquests in Europe. Sobieski and Poland did not gain any political or economic advantage from their victory. It was not in Poland’s interest to help the Austrians. Sobieski’s actions were not based on political calculation but were a Christian response to a situation in which another Catholic monarch found himself in mortal danger. However, as Thompson has pointed out, specific interpretations of European history had solidified because of Poland’s political non-existence in the nineteenth century. The West’s cultural codes were solidified – historians have largely ignored the Vienna triumph of 1683 and the possible consequences of its absence.

According to Thompson, the people of Central Europe could teach Western countries a lot in this regard since the de-Christianization of Europe is primarily due to the adoption of a new epistemology that was popularized by the Enlightenment and then shaped by many later sophisticated philosophers. The epistemological basis of Western civilization was Aristotelian-Thomistic. This way of conceiving the world has been replaced by the Hegelian-Marxist approach, the nineteenth-century “school of suspicion,” Enlightenment rationalism, and finally, the thought of nihilistic philosophers of the twenty-first century. The Thomistic view of reality no longer dominates in Western universities – in contrast to non-Germanic Central Europe, where the Thomistic interpretation of reality is almost a national habit.

In the following part of the lecture, Prof. Thompson emphasized that there has been a change in the meaning of words referring to many basic concepts over the past few centuries. An example of this is the concept of freedom. Today in the Western world, scholars and politicians referring to it in their writings and speeches ignore its Christian roots, the Gospel assurance: “Ye shall know the truth, and the truth shall make you free” (J 8:32). However, this understanding of freedom, which originated in the Enlightenment and was written into Western constitutions, has little in common with the evangelical one. In the Enlightenment view, the emphasis is on the freedom to do or not to do something, and from this premise comes the belief that people can do whatever they want with their bodies, property, and talents. According to Thompson, there are still some universities in Poland where one can find scholars committed to those epistemological values that made Europe Europe. Internet portals and publications such as “Political Theology” (Teologia Polityczna) create platforms for debates on the cultural history of Europe. Central Europe remains a place where belief in Catholic dogma is still common among the simple and the educated.

Finally, Ewa Thompson pointed out that efforts are being made to revive Christian culture in the West, but so far they have not been successful. The reason for this is that these efforts attempt to stay with Enlightenment epistemology while promoting a Christian worldview. The need to re-root particular concepts in ancient Greek, Roman, and Hebrew sources is ignored. These unsuccessful efforts are based on the assumption that it is enough if we talk about Christian culture, establish institutions like the Charlemagne Institute, or publish periodicals that aspire to set new trends. Changes are necessary. The works of John Paul II should be read in the context of the writings and spiritual reflections of his fellow citizens – we should not treat the Polish Pope as someone who was accidentally born in Wadowice and who began his real life only after he ascended to the throne of Peter. Professor Thompson indicated hope that the John Paul II Institutes – recently established in Houston (Texas) at the University of Saint Thomas, in Washington at the Catholic University of America, and in Rome at the Angelicum – will allow for more in-depth study of Central European cultures. It is necessary to study the languages and, at the same time to, prepare translations of the works that have been written in this region. John Paul II did not ask for this directly. Nevertheless, seventeen years after his death, it is time to voice such a plea. 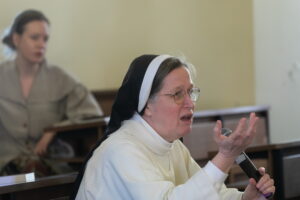 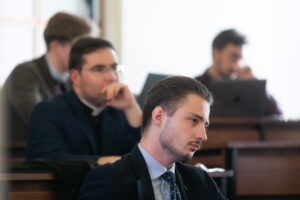 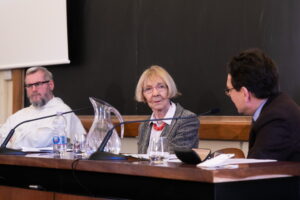