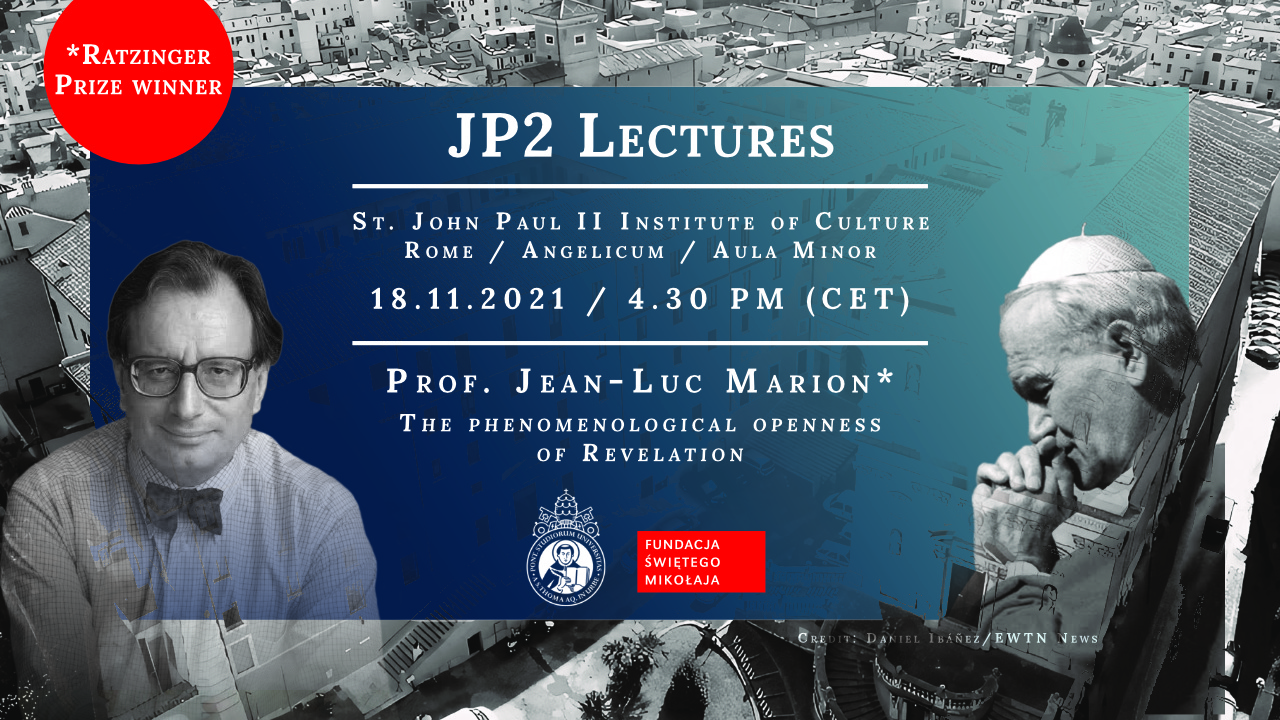 The meaning of the word “Revelation” remains questionable, for historical and conceptual reasons. The most obvious issue focuses on whether Revelation gives an irrational addition to our knowledge of God, where faith takes the place of understanding, or if Revelation enlarged by faith is a genuine way of knowing God. In brief: Is it possible to know God by loving God?

Professor Jean-Luc Marion – born 3 July 1946 in Meudon, France. He is a French historian of philosophy, phenomenologist, and Roman Catholic theologian. He has held chairs at both the Sorbonne and the University of Chicago. Awarded with the 1992 Grand Prix du Philosophie de l’Académie Française, the 2008 Karl Jaspers Prize, as well as the 2020 Ratzinger Prize. Jean-Luc Marion is a former student of Jacques Derrida whose work is informed by patristic and mystical theology, phenomenology, and modern philosophy. In November 2008 he was elected as an immortel by the Académie Française. He has occupied seat 4, an office previously held by the late Cardinal Jean-Marie Lustiger. His many books include God Without Being (1991), Prolegomena to Charity (2002), et al.