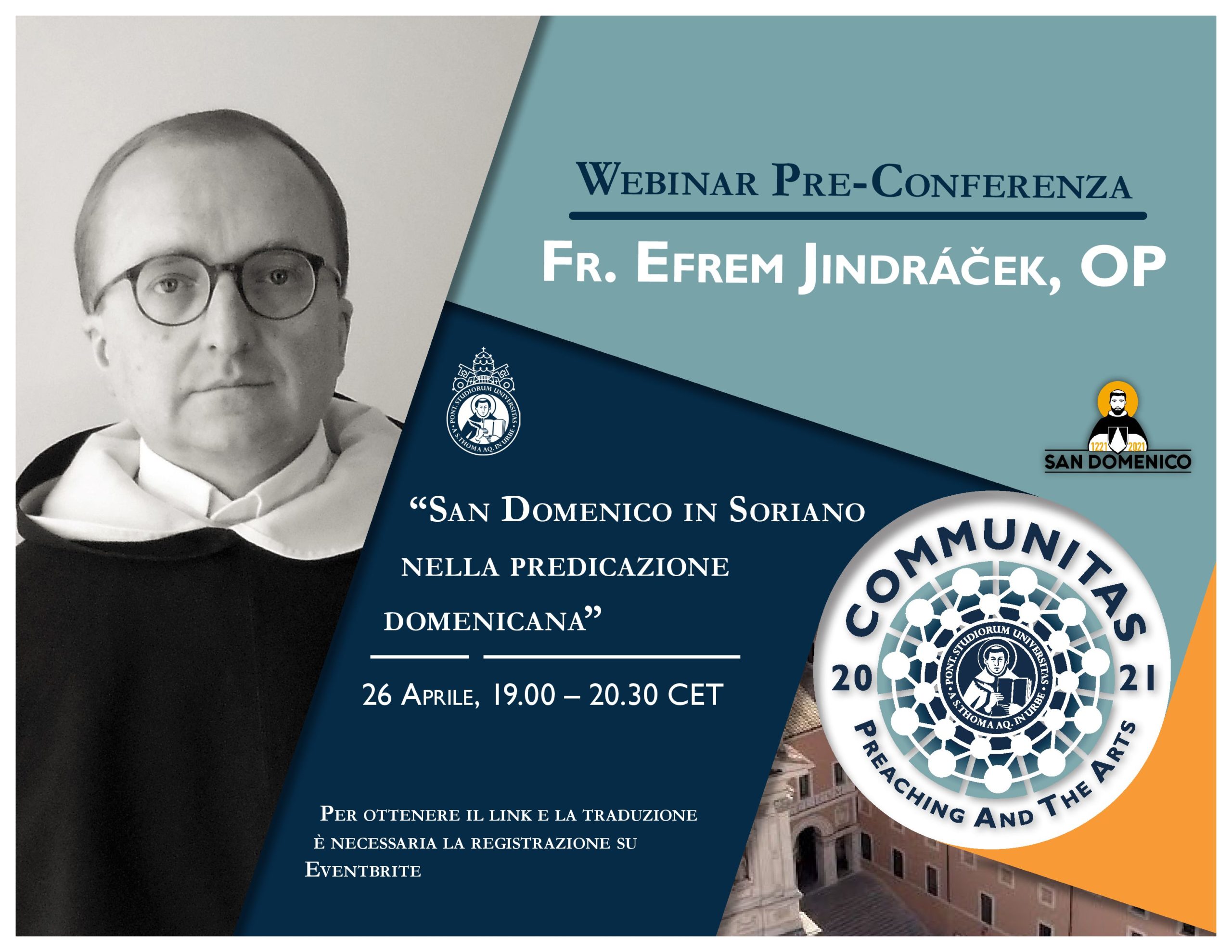 This webinar is in Italian, Simultaneous translation available through event registration

On the night of September 15, 1530, the Virgin Mary, along with St. Mary Magdalene and St. Catherine of Alexandria, appeared to Friar Lawrence of Grotterìa, in the Dominican church in Soriano Calabro, giving him a painting of St. Dominic, so that it could be exposed for worship. The events of 1530 were subjected to canonical process in 1609. Urban you authorized the liturgical feast. The miraculous effigy remained unharmed among the ruins of the convent, collapsed with the earthquake of 1783. The devotion of this “celestial image” spread throughout Italy, Europe and the entire world, even as far as the Far East, and over the centuries has brought about the conversion of many sinners. Preaching by means of this picture immediately took various forms: the diffusion of the same image in various copies, the foundation of churches, chapels, altars and confraternities dedicated to the Saint in Soriano, pilgrimages of simple men up to the highest civil and ecclesiastical authorities. This phenomenon of Dominican preaching by means of the Picture of Soriano is interesting, since it unites the whole Dominican family: beginning with the cooperating friar Lorenzo, who is at the beginning, then the priests who approve and spread it, up to the nuns who prepare various objects connected with the cult (images, belts…) and the laity who participate in the organization of pilgrimages, confraternities and an even wider diffusion.  Among other things, the cult of St. Dominic of Soriano has evidently crossed even the borders of the Order itself.