Anton Durcovici was born in 1881 in a small town in lower Austria.  When Anton was only five years old, his father–a local quarry worker–died of Tuberculosis.  In order to support Anton and his older brother Franz, their mother moved the family to Romania where she took a job working in a restaurant owned by an older relative.

Anton attended school in Romania, quickly mastering the local language.   He served the early morning Mass for the local Sisters and because it was often so cold in the winter (-30० C), the Sisters provided him with a room to stay overnight in the convent as well as with a hot breakfast after Mass.

The Sisters’ chaplain spoke to the Archbishop about Anton, and the archbishop requested that Anton also serve for him once a week on Sundays.   The Sisters reluctantly agreed only after ensuring the Archbishop also provided overnight lodging and food! 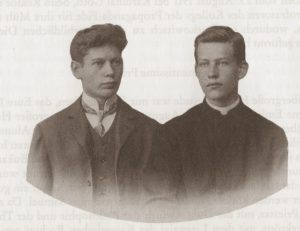 At the age of thirteen, the archbishop admitted Anton to the minor seminary for his secondary education.  The local nuns whose Mass he had served so faithfully, paid for all his financial needs.   At the minor seminary he excelled in the sciences and mathematics, as well as finding time to master four different languages.

Anton’s greatest desire was to become a priest.   After graduating from the minor seminary, he was sent to Rome for further studies.   He attended the Pontifical University of St. Thomas Aquinas — the Angelicum, and earned a doctorate in philosophy.   He also studied at the “Collegio Urbania” where he obtained a doctorate in theology.   Both degrees were completed before the age of twenty-one! 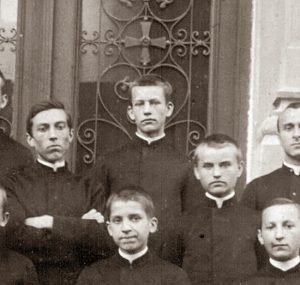 Although he had completed all the required studies, due to his age, Anton’s ordination was delayed until he reached the required canonical age.  In the year of waiting, Anton served as prefect of studies at the Propaganda Fide college and earned a third degree in canon law.   Writing home to his archbishop, Anton commented, “…my only wish is to fulfill God’s will in every way.” (Romanian Catholic diocese of Romania, source)   When he returned to the diocese of Bucharest after ordination, he did so with marked humility and a desire to give his all to the people.

Fr. Anton’ desire to serve was met immediately by the numerous needs of his diocese.  He was assigned as both prefect of the diocesan seminary as well as a full time professor.   In addition to his seminary responsibilities, he administered a parish, served the Sisters of Notre Dame de Sion, and taught classes at the Catholic highschool.

In 1914, World War I began.  Romania entered the war against Austria-Hungary.  Since Fr. Anton was of Austrian descent, he was interred in a camp in Moldavia for a time until his innocence could be proven.  He was eventually released into the care of a cloistered convent for the remainder of the war.

In 1924, Fr. Anton was appointed rector of the seminary in Bucharest.   Four years later, he was ordained the Bishop of Iaşi.  His first words to his people was that God had sent him to Laşi “in order that I may serve everyone with all my might until I breathe my last.” (source)  Unfortunately, only a year after his episcapal ordination, the regime arrested Bishop Anton with fabricated charges.  Bishop Anton spent the next two years in prison where he was regularly tortured and deprived of food simply because he was a Catholic priest.   Shortly before he died from malnutrition on December 10th, 1951, Bishop Anton begged his fellow prisoners for prayers that he would have a happy death.  A Catholic priest who also in the prison with him, was able to give him final absolution through the cell door. (source) Bishop Anton was subsequently buried in an unmarked grave and all records of his imprisonment were destroyed.

In May 2014, Bishop Anton was beatified as a “martyr for the faith”.   His feast is celebrated on December 21. 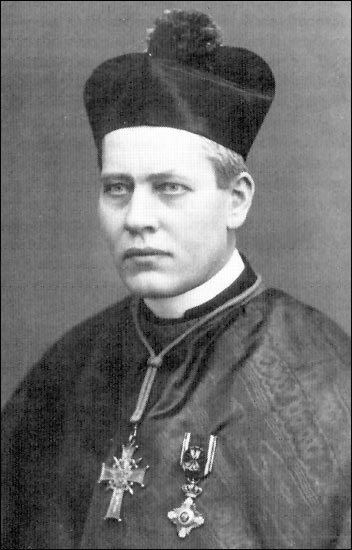