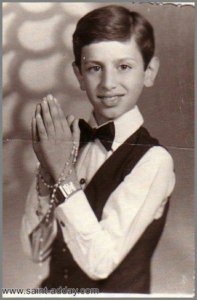 Fr. Ragheed Aziz Ganni was born in Nineveh, Iraq on January 20th, 1972.  His family moved to the nearby city of Mosul where he grew up as a devout Chaldean Catholic in a large family.   He received his First Holy Communion on May 1, 1982, and the pictures from that day communicate his family’s pride in the special moment.

Ragheed had a big personality and quick humor.  He attended the University in Mosul, graduating in 1993 with a degree in Civil Engineering.   During this time he discerned a vocation to the priesthood and entered the diocesan seminary.   In 1996 the diocese of Mosul sent him to study in Rome.   As there was no seminary for Iraqi Catholics, Ragheed stayed with the Irish College.  The Irish were quick to make the young seminarian one of their own, and gave him the affectionate nickname “Paddy the Iraqi.”   He was greatly loved by his fellow seminarians and friends remember his quick wit, vivacity, and love for jokes.

Ragheed studied Theology at the Pontifical University of St. Thomas Aquinas from 1996-2003.  As a result of the strong anti-Catholic persecutions occuring in his state, he was ordained in Rome in the Chaldean Rite of the Catholic Church in 2001.  He remained in Rome for two more years in order to earn the licentiate in Ecumenical Theology, but his thoughts were always with his people and their suffering in Iraq.   A friend recalled that Fr. Ragheed once remarked that the price of a single cappuccino would have been enough to buy food for an entire Iraqi family. While studying in Rome,

he made a point to be actively engaged with the poor, and frequently volunteered with the Sant’Egidio community, delivering meals to the homeless. 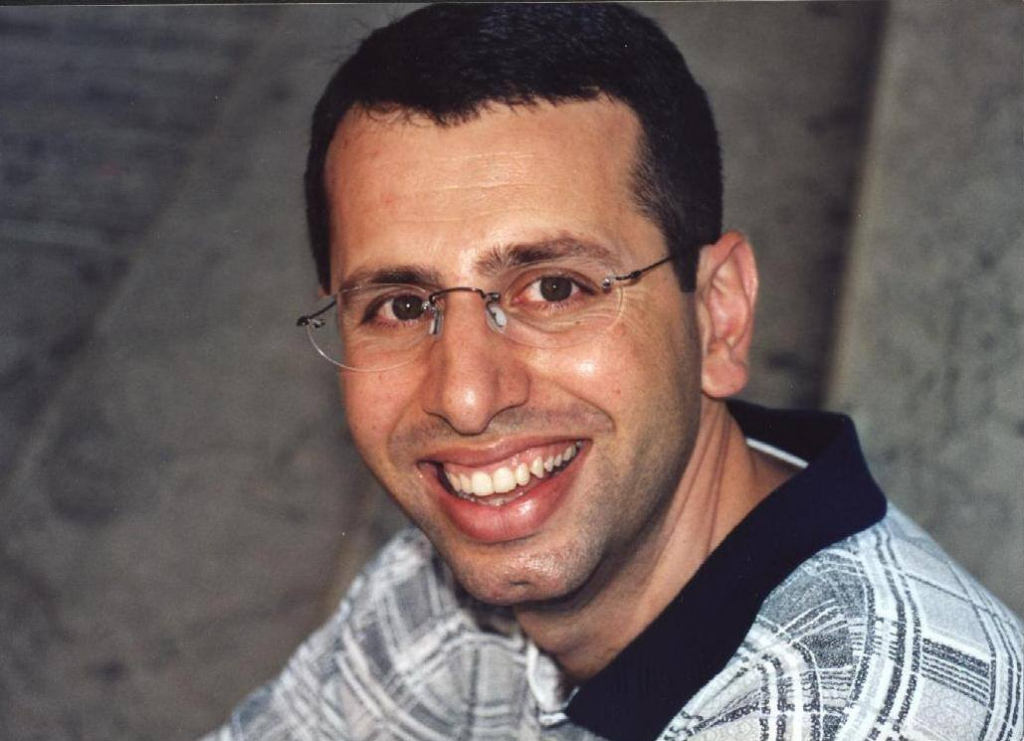 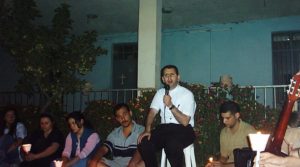 In 2003, in spite of the persecutions and serious risk of returning to Iraq, Fr. Ragheed chose to go back to his home diocese.   He was assigned to the Church of the Holy Spirit in Mosul.  From the beginning, his priestly ministry was marked with persecution and suffering.   His Church was attacked several times and his own life repeatedly threatened.   Fr. Ragheed visited Rome several times during this period of intense persecution and, though he was offered a chance to flee each time, he repeatedly chose to return to his people in Iraq, stating simply, “It is where I belong.”

In 2005, Fr. Ragheed was asked to address the National Eucharistic Congress in Italy.  He spoke of the terrorist attacks and bombings that he personally had witnessed during the two years he had been home.   Fr. Rageed proclaimed, “The terrorists might think they can kill our bodies or our spirit by frightening us, but, on Sundays, churches are always full. They may try to take our life, but the Eucharist gives it back.”  He concluded his talk with the following words, “There are days when I feel frail and full of fear. But when, holding the Eucharist, I say ‘Behold the Lamb of God.  Behold him who takes away the sin of the world’, I feel His strength in me. When I hold the Host in my hands, it is really He who is holding me and all of us…keeping us united in His boundless love…In normal times, everything is taken for granted and we forget the greatest gift that is made to us. Ironically, through terrorist violence that we have truly learned that it is the Eucharist, the Christ who died and rose, that gives us life. And this allows us to resist and hope.”

Fr. Ragheed was martyred after Mass on Pentecost Sunday, June 3, 2007.  He was killed with three of his sub-deacons.  Witnesses report hearing one of the terrorists screaming at him, “I told you to close the church, why didn’t you do it? Why are you still here?”   Ragheed replied with the simple but profound remark, “How can I close the house of God?”   He was given a chance to renounce the faith and when he refused, he was repeatedly shot.

A year after his martyrdom, Pope Benedict XVI received Fr. Ragheed’s relics in Rome.   On the 10th anniversary of his death, Pope Francis celebrated Mass wearing Fr. Ragheed’s stole.  The stole can be venerated today in Rome’s Basilica of St. Bartholomew on the Tiber Island, along with the relics of other modern martyrs.  The Church in Iraq continues to live the faith, in the midst of great persecution.

Fr. Ragheed Ganni, pray for us.

Your servant and priest, Fr. Ragheed Ganni, was given as a gift to Your faithful, and by Your grace, was found worthy to endure a martyr’s death. I beseech You, Lord, to grant this petition through the intercession of Your beloved martyr. (mention your request) Help me to imitate Fr. Ragheed in giving my life to You in love, so that one day I might be worthy to attend the heavenly banquet. Amen. 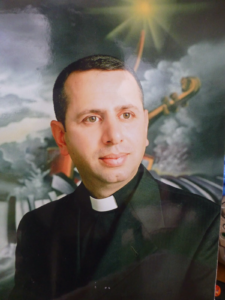