JP2 Lecture: Antoine Arjakovsky “Religion and Politics, from Totalitarianism to Democracy – the Case of Ukraine”

JP2 Lecture: Antoine Arjakovsky “Religion and Politics, from Totalitarianism to Democracy – the Case of Ukraine” 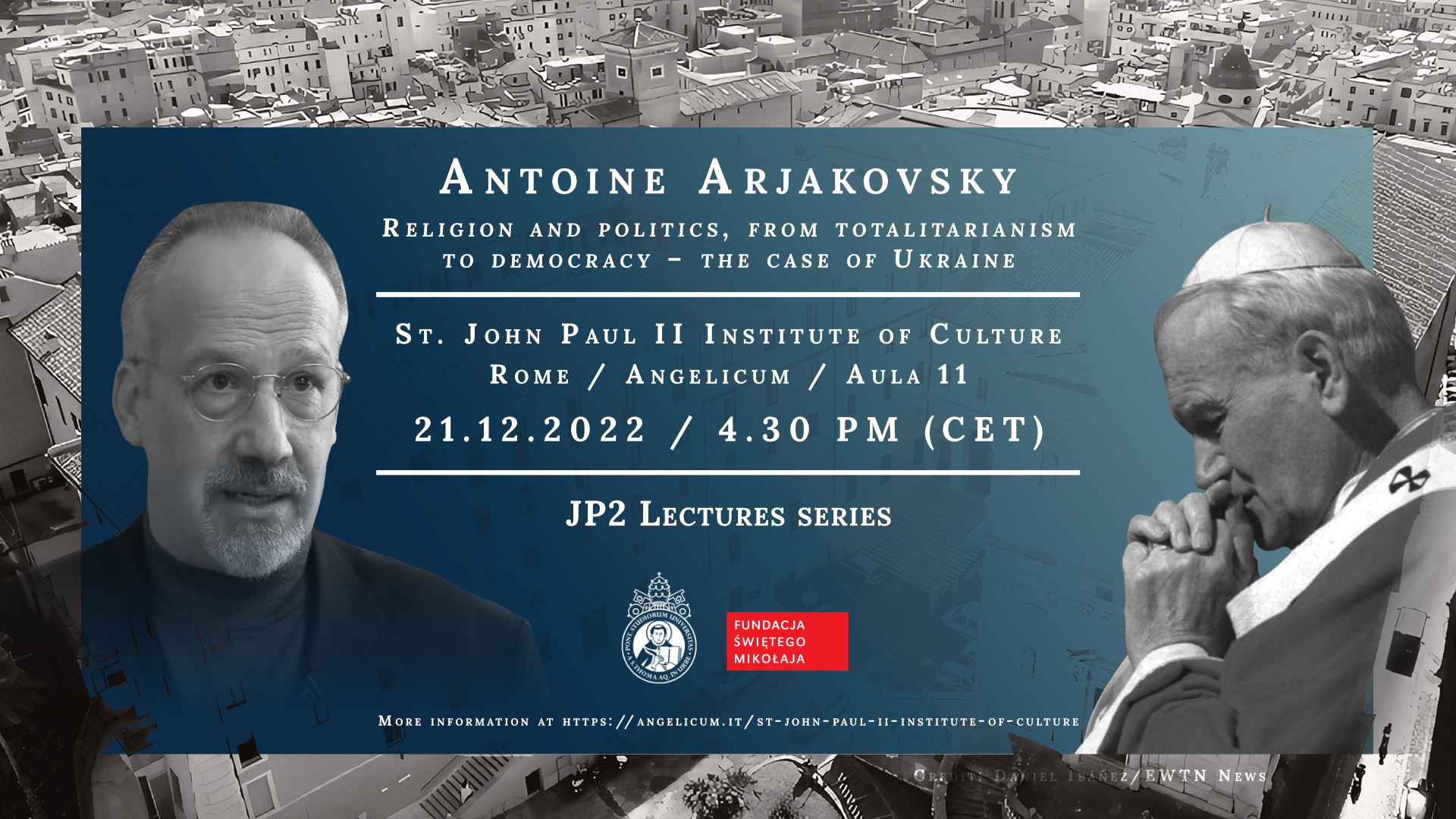 The lecture will start from the examination of what is exemplary and prophetic in the encyclical of Pope John Paul II Centesimus annus, published on May 1, 1991. Subsequently, the reasons for Ukraine’s success in establishing a democratic state will be explained, together with an analysis of Russia’s choice to go back to the old ways of the Empire and to establish a neo-facist state, despite its supposed passing from a totalitarian regime to a democratic regime after the collapse of the USSR. The lecture will conclude by way of proposing, with the help of ecumenical metaphysics and the social doctrines of the Catholic and Orthodox Churches, the possible ways out of the war which today pits Russia against Ukraine and, more generally, against the democratic world.

Antoine Arjakovsky is a French historian, with a doctorate in History from EHESS (School of Advanced Studies in the Social Sciences, Paris). He worked for the French Ministry for Foreign Affairs between 1989 and 2002 and was the Director of the French University of Moscow (Collège universitaire Français de Moscou), the deputy Director of the French Institute of Ukraine and the Founder of the Institute of Ecumenical Studies of Lviv. Today, he is Research Director at the Collège des Bernardins in Paris, president of the Association of Christian Philosophers, Administrator of the “Semaines Sociales de France” and Administrator of the Platform of European Memory and Conscience in Prague.

On Thursday, 22 December, we also invite Angelicum students to attend a seminar with prof. Arjakovsky from 10.30 to 11.30 am in Aula 14, for a discussion following the lecture (registration for the seminar via email at: [email protected]).

Both the lecture and the seminar will be held in English.